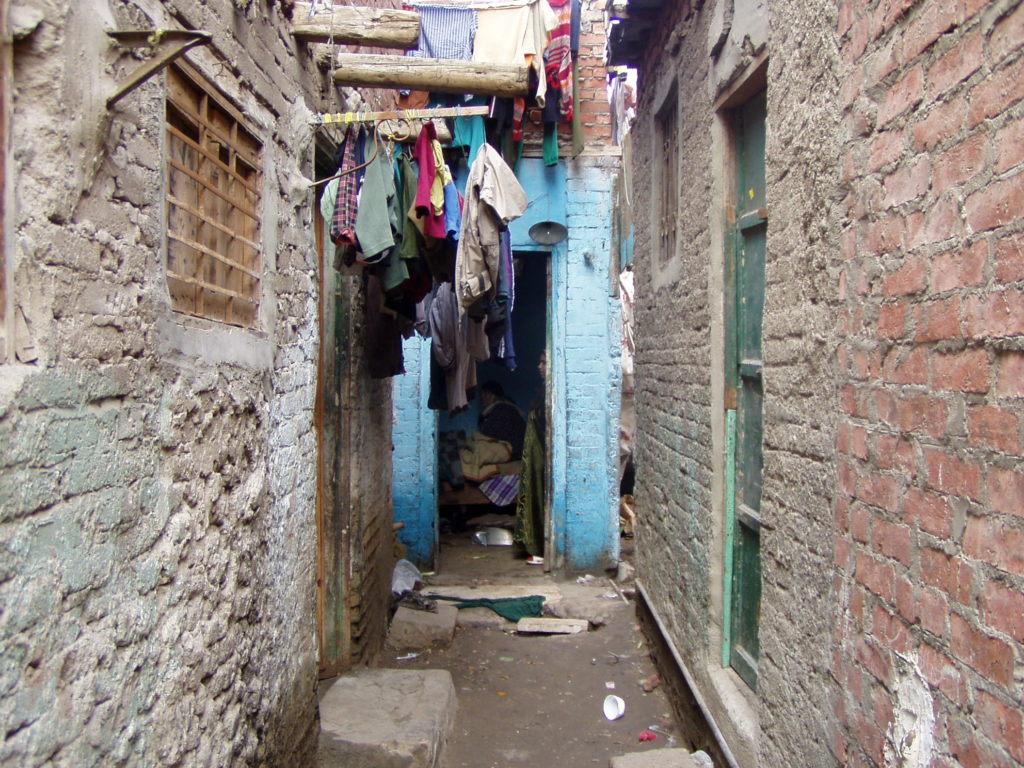 Behavioral incentive programs have become a popular policy tool for combating poverty. The premise of these policies is simple: pay the poor to behave “optimally,” thereby improving their outcomes.

The catch, however, is that the behavior of the poor is a symptom, not a cause, of their poverty.

In 2008, the Egyptian government, responding to a gap in child school access, launched a program drawing from a model used in many countries around the world, a Conditional Cash Transfer (CCT). This program, like other CCTs, gave cash to low-income mothers, who are primary caregivers, in exchange for sending their children to school.

In a recently published study, I showed that while the mothers did send their children to school as a result of the program, the premise of the behavioral incentives was wrong.

The mothers in the Cairo neighborhood I studied did value education, so much so that they struggled, through debt and odd jobs, to cobble together the monthly fees demanded by teachers. Teachers, underpaid due to decades of declining public-sector spending, pushed by the International Monetary Fund (IMF) and the World Bank, kicked students out of classrooms if they did not pay “study group” fees.

The cash from the CCT was a godsend for families, but the conditions were superfluous. The result was that the program subsidized the state’s failure to provide a basic service.

The misrecognition of structural poverty that informs the use of behavioral interventions is not isolated to low- or middle-income countries. A main premise of the neoliberal economic system in the United States—the same that has been exported to other countries via IMF and World Bank reforms—is the notion of an individual’s culpability for their place in society.

In the United States, for instance, a recent debate over Food Stamps centers on whether incentivizing parents to buy fruits and vegetables or banning (dis-incentivizing) the purchase of soft drinks is more effective for improving child nutrition. The focus on child obesity and malnutrition as a result of the decisions of parents, ignores the low-wages, long (and often irregular) shifts, and food deserts that shape those decisions.

I would be remiss if I did not acknowledge that more cash, provided through fruit and veggie incentives or given to low-income Egyptian mothers, was effective in increasing purchases of fresh produce among Food Stamp beneficiaries or improving child school access respectively. However, it is not surprising that the poor behave differently when their access to in-kind goods or cash is improved.

The problem with behavioral interventions attached to cash or goods is that they can come at the expense of structural interventions, be less effective than just giving cash, or have unintended consequences.

First, given that money, time, and political will are finite, framing poverty as an individual problem reduces expenditure on the structural conditions that shape that poverty. Moreover, monitoring behavioral incentives is expensive, which becomes an unnecessary cost if people are committed to the incentivized outcome.

Second, research has shown mixed outcomes of the impact of behavioral interventions as opposed to cash without conditions. And within studies there are heterogeneous outcomes.

A study in Malawi, for instance, showed positive outcomes for CCTs regarding child schooling, but found that cash without conditions had a larger impact on teenage pregnancy and early marriage than cash with conditions. Those girls who could not comply with the schooling conditions of the CCT dropped out of school and lost the transfer, which led them to motherhood and marriage. This finding—that exclusion from the program for noncompliance can reproduce inequalities—raises the moral question of whether people who do not comply with conditions still deserve cash assistance.

Finally, behavioral interventions can have unintended consequences. For example, in the United States, a “work first” agenda of welfare, which attempts to push the poor to enter labor market by requiring that they actively search for jobs as a condition of welfare, has resulted in reliance on bad jobs—that ensure neither stable employment nor increasing earnings.

Economics, a discipline that has focused on anticipating individual decision making, has dominated the design of poverty policy and the measurement of its impacts. A key method of this impact evaluation, Randomized Control Trials—the random allocations of incentives to some people and not others to test their impact—focuses on outcomes, highlighting the mixed results of behavioral interventions.

But the programs and the measurement both feature the same flaw: they isolate a behavior at the expense of looking at context. They leave unanswered the questions: why do people make the choices they make? And, how does an intervention work in the lives of the targeted people to result in the outcomes we observe?

To design effective policy, however, we need to trust people. We need to ask them why they make the decisions they make and ally with them as they work towards futures for themselves and their children.

Heba Gowayed, “The Unnecessary Nudge: Education and Poverty Policy in a Cairo Slum,” Sociological Forum 2018. For a free, pre-publication version of the article, click here.

Heba Gowayed is a PhD candidate in sociology at Princeton University.