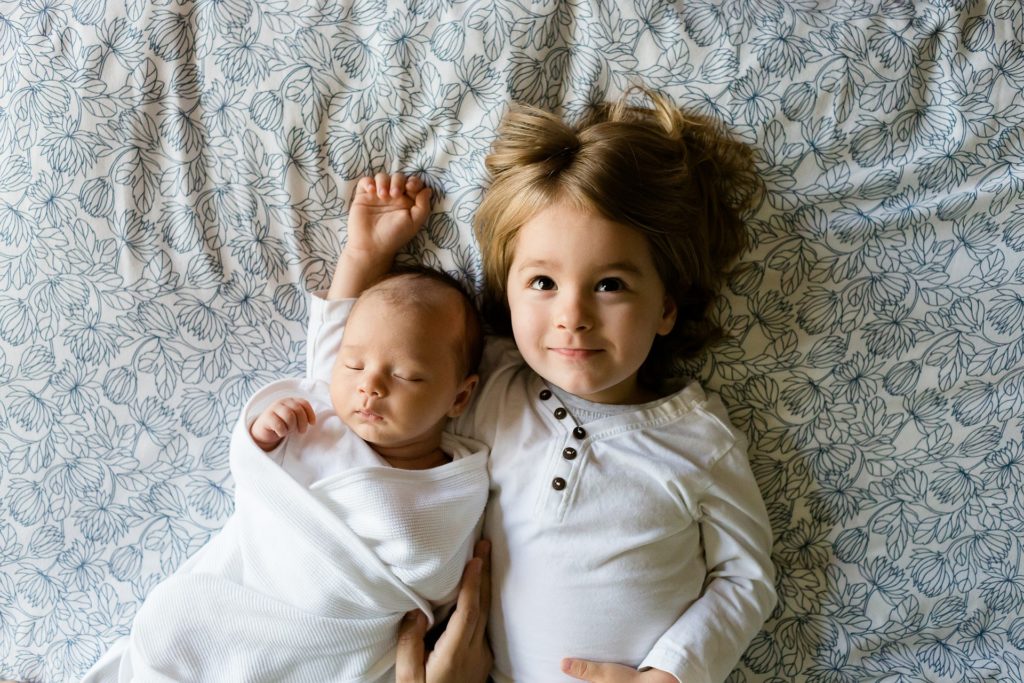 Many people have an opinion about the importance of birth order. They might recall that while their parents gave them a curfew, that didn’t apply to their younger brother. Or that their parents idolized the oldest child. The interesting thing is, research suggests that birth order actually does influence the long-term paths that people follow in life.

Previous research has shown that, compared to first-borns, later-born siblings in the same family tend to have lower grades in high school, are less likely to go to university, achieve a lower overall level of education, have less prestigious occupations in adulthood, and also make less money.

In our study we wanted to extend this research to see whether there are birth order differences in what siblings choose to study if they go to university. College major can matter a lot for long-term outcomes.

Research in the United States and Norway has shown that the difference in long-term earnings between the most lucrative and the least lucrative college major can be as large as the earnings gap between those who go to college and those who do not.

To address this research question, you need great data. Fortunately, we had that. We had information on the full population of Sweden, and we were able to link siblings with the same mother and father.

We were also able to link information not only on what major individuals graduated from college with, but what major they applied to study at university. Even more amazingly, we were able to link that information to what happened after university – what jobs people had, and how much money they were earning.

The results from our analyses showed large birth order differences in college major in both the application and the graduation data. For example, we found that first-born children were more likely to study medicine, engineering, and life sciences, while later-born siblings were more likely to pursue programs in journalism, business, and art. These patterns were independent of high school grades, meaning that it was not just a question of prior academic ability or performance. 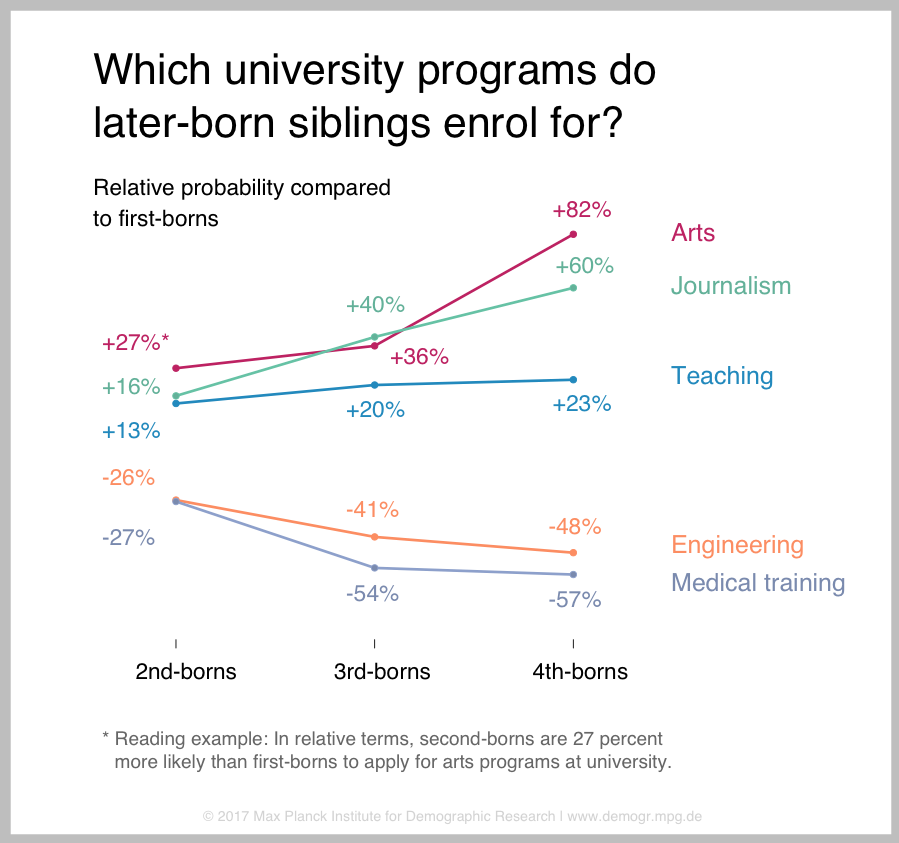 To give another example, second-borns were 27% more likely than first-borns to study arts programs, while the difference was 36% between third-borns and first-borns.

Since we also observed these differences in applications to university after adjusting for high school grades, our results reflect differences in academic preferences between siblings.

This is fairly astonishing given that our analyses compared children with the same mother and father, and suggests that something about the way that parents treat their children differently by birth order produces substantial differences in academic preferences. The surprising part is not that siblings are different – everybody knows that – but that birth order seems to exert such a systematic influence.

While the data we had access to was extraordinary, we were limited in our ability to explain these patterns. Since the college major differences weren’t a consequence of birth order differences in high school grades, what was driving the patterns?

For the time being we can only speculate. We do know that first-borns have the exclusive attention of their parents when they are the only child in the household. It stands to reason that in the first year of life a fourth-born child would get less attention than a second-born, simply because the parents have less time for each child when there are four kids instead of two. A head-start in development, resulting from a higher level of parental attention in early life might add up to a lot in the long-run.

We also considered the possibility that parents impart knowledge about their own educational experiences to their children, and that this might vary by birth order. However, our attempts to check this empirically did not show any meaningful birth order differences in terms of studying the same subject as the parents.

Although the children of doctors are more likely to become doctors than the average person, the first-born child of somebody who studied medicine is not more likely to study medicine than the second- or third-born sibling.

There is also empirical evidence that suggests that parents treat their children differently by birth order. Although parents tend to report that they treat all their children the same, the children know otherwise. Furthermore, independent observers tend to corroborate the children and not the parents.

Kieron Barclay is Deputy Head of the Laboratory of Population Health at the Max Planck Institute for Demographic Research.

How can we improve low- and moderate-income families’ social mobility?