Employment after prison: The day-to-day realities of searching for work 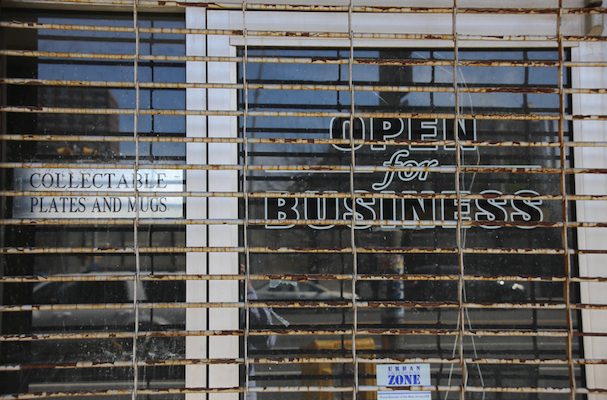 More than 20 years ago, William Julius Wilson wrote that work had disappeared from inner-city neighborhoods. Since then, joblessness has continued to rise—particularly among black men without high school degrees.

When regular, stable jobs disappear from poor neighborhoods, what type of work do people find? It is well recognized among research scholars that people often cobble together temporary gigs, seasonal positions, and self-employment as a survival strategy to make ends meet.

However, there are few studies that examine this type of employment in a systematic and detailed way due to the methodological challenges of capturing unstable and irregular work experiences.

In a recent study of employment among men recently released from prison, I asked How often and how regularly do people find work? What kind of work do they do, and how consistently do they do it?

Using daily measures of job search and work collected from smartphone surveys, I documented the extreme irregularity of work in people’s everyday lives. I found that the type of work—from landscaper to warehouse worker to concession stand operator—changed nearly as often as the presence of work itself on any given day.

I proposed the concept of work as foraging to emphasize this depth of instability and variation across job types. The term foraging was originally used in employment research to describe the pursuit of short-term income-generating opportunities to maximize profit.

In my study, I describe work as foraging to highlight the very uncertain, haphazard, and precarious nature of survival work among job-seekers who are on the margins of the labor market.

My findings are based on over 8,000 daily smartphone measures of job and work searches, which were self-reported over a three-month period in 2012 and 2013 by133 men recently released from prison in Newark, New Jersey.

Given the sample, time period, and geographic context, the findings are based on a group of job-seekers that face enormous barriers to regular employment. Job-seekers with criminal records and incarceration histories encounter stigma by employers and legal restrictions prohibiting entry into certain occupations. Newark is also a particularly challenging employment setting.

At the same time, however, the experience of finding work at reentry is not unusual among poor people, and particularly, minority men. By their mid 30s, an estimated 68% of black men with less than a high school degree will have served time in prison. Additionally, people released from prison often return to places with higher rates of unemployment, poverty, and concentrated disadvantage.

The types of work were varied. Warehouse jobs were the most common, followed by construction, retail, and maintenance. People also worked sporadically in restaurants, offices, doing waste management, as caretakers, as movers, and as car mechanics. They cleaned yards, shoveled snow, worked as security guards, operated rides at carnivals, and cleaned up homes and businesses post-Hurricane Sandy.

Although people found work very sporadically over the three months, without substantial increases in the amount of work over time, they engaged in job search for a relatively short amount of time.

Initially, people spent about 40% of their days searching for work. However, within six weeks, search quickly decreased and the majority of time was spent neither searching nor working.

Exceptions, but not what we would expect

There were two exceptions to the general pattern of very sporadic work and short job search. A small minority found work more consistently throughout the first few months after prison, and another small minority persisted with job search for the entire period. Together, these groups made up about 15% of the entire sample.

However, across a range of indicators, both groups appeared to be less advantaged. Those that found work more consistently, were taking very poor jobs, in terms of hours, wages, and perceived quality. Those that searched more consistently were about ten years older, had lower rates of car access, and higher rates of shelter residence.

And, while they may have been dedicated to their search, a substantial minority never obtained work for even one day.

Implications of work as foraging?

Foraging for work suggests a different type of labor market orientation, which departs from the typical sequence of a sustained job search and eventual employment.

For policy and service providers, the findings suggest that the critical window of time to support job search is very short: about one month for the typical person coming out of prison in this sample. For comparison, among job-seekers in the general population who are receiving unemployment insurance and are better positioned in the labor market, job search persists over many months and even years.

Targeting the very immediate period after initiating their search by promoting services and incentives to prolong their search are a few ways to support job-seekers who have spent time in prison.

Ultimately, however, foraging exists within a system in which regular, stable jobs have disappeared. We can imagine that the nature of foraging—the irregularity, un-predictableness, and financial strain—all worsen the circumstances of people, their families, and their communities.

We need a better understanding of employment among those who are not formally in the labor market but still may be working. Although this is easier said than done, new data collection methods, such as smartphones, can help get us there.

Naomi Sugie is Assistant Professor of Criminology, Law and Society at the University of California, Irvine.

Naomi F Sugie, “Work as foraging: A smartphone study of job search and employment after prison,” American Journal of Sociology 2018.

Union decline and the upward trend in America’s income inequality