Are union supporters blacklisted from hiring?

Strikes at Kaiser Permanente, John Deere, and Kellogg’s have brought renewed attention to workers’ clout when they organize unions. Collective bargaining agreements can convert wage gains from a temporarily tight labor market into durable gains for workers. As a result, U.S. employers often pull out all the stops to defeat new union organizing drives. Many employers bet that it’s better to break the law and keep workers from getting a union than to be stuck with collective bargaining for years to come.

Historically, one powerful way that employers have kept unions out is by avoiding hiring union supporters in the first place. If an employer can systematically weed out applications from “bad apples” and pro-union malcontents, then the risk of a successful future organizing drive is mitigated. For example, a case study of hiring in a 1990s foreign auto plant found that managers avoided workers with prior auto experience, because that meant prior employment at the unionized Big Three American automakers. No auto experience, no union problem.

What is left for sociologists of pay-setting to study?

Much of the best sociology of pay-setting from the last twenty years has documented the declining importance of non-market constraints on pay.

The collapse of labor unions means fewer and fewer employers are bound by restrictive collective bargaining agreements. Similar outcomes come from the rise of shareholder value; restructuring and opening up of internal labor markets; erosion of fixed, bureaucratic pay schedules; outsourcing and contracting…The list goes on.

There’s a ton of great research on these important changes. But they can mostly be summarized as changes that eliminate protections from market competition that workers previously enjoyed. 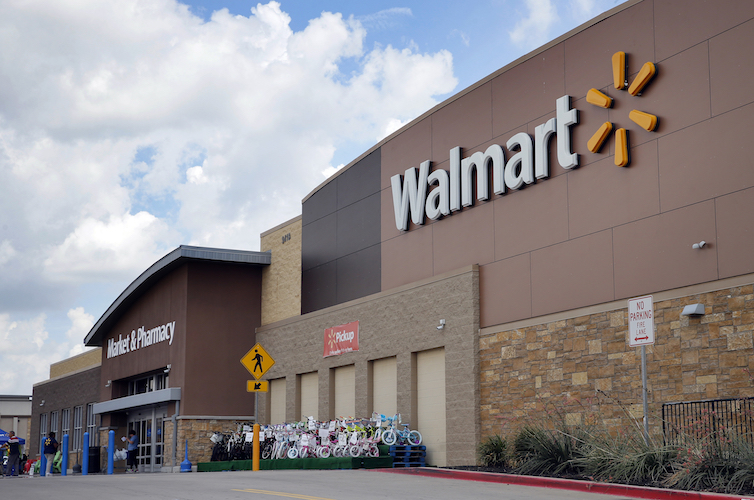 Stagnating wages among U.S. workers since the 1970s is well-documented. Also well-known is the outsized—and still growing—market impact of a small number of giant retailers such as Amazon.com Inc and Walmart Inc. What is less known is whether these two trends are linked.

In research I’ve been conducting—detailed in an article recently published in the American Sociological Review—I’ve found that increased pressure from large corporate buyers decreases wages among their suppliers’ workers. The growing influence of these buyers on workers’ wages is significant enough that it accounts for around 10 percent of wage stagnation since the 1970s. My findings show how shifts in market power have affected workers’ wage growth.

Relative to the postwar economic boom, U.S. workers’ pay growth has slowed by around one-half since the 1970s. During that same period, market restructuring has shifted many workers into workplaces heavily reliant on sales to outside corporate buyers. Large retailers such as Walmart and Amazon wield increasing power against manufacturing suppliers and warehousing and shipping contractors. When this happens, big corporate buyers are able to demand lower prices for the goods and services they are buying, and suppliers and contractors must sell at lower prices and try to cut costs.