Is the EU subsidising autocracies? Hungary and the rise of the ‘illiberal’ model 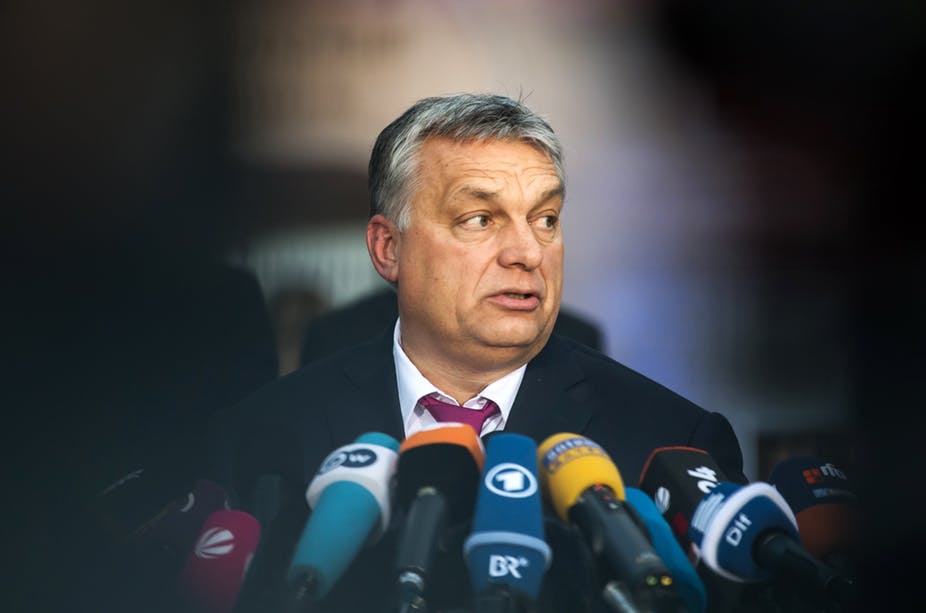 The rise of self-proclaimed illiberal democracies in East Central Europe arguably constitutes one of the most formidable – albeit perhaps still underestimated – challenges the EU is currently facing.

Whether and how the EU should react has been debated. All sides portray the EU’s role in these illiberal regimes as that of an outsider. But a closer look at the political-economic functioning of these nations suggests that the EU – through its structural development funds – is actually part of their illiberal model. That, in turn, suggests that cutting funding from Brussels could be a potentially powerful incentive to bring them back into line.

After years of relative inaction, the EU has started to take measures against some of these states. In June 2017, it launched infringement proceedings against Poland, Hungary and the Czech Republic for refusing to comply with agreed quotas by taking in refugees.

In December 2017, the European Commission took actions against Poland based on the view that a recent reform undermined the political independence of Polish judges. The Commission took the unprecedented step of proposing action under Article 7 of the EU treaty. That could potentially lead to Poland losing its voting rights in EU decision-making.

There is some debate about how efficient and legitimate such measures are. French ex-MEP Daniel Cohn-Bendit wants to go further. He says illiberal democracies should be encouraged to exit the EU altogether. Meanwhile, Polish MEP Danuta Huebner warned that the EU would only hurt the citizens of these countries, not their elites, if it were to cut off funding. In her view, that could serve to further reinforce anti-liberal sentiments.

To decide these moral and practical questions about intervention, it may be necessary to look more closely at the political-economic functioning of the illiberal model and the role the EU has played in its emergence. One of the key features of the Visegrad countries (Poland, Hungary, Slovakia, Czech Republic) during the 1990s was their heavy reliance on foreign direct investment. The process of post-socialist industrial restructuring and modernisation depended on support from outside their own borders.

Social scientists Andreas Nölke and Arjen Vliegenthart dubbed this emerging model of capitalism “dependent market economy”. The FDI-led industrial modernisation meant that these countries lived by decisions made outside their national borders in the headquarters of multinational companies.

Part of this model was what social scientists Dorothee Bohle and Bela Greskovits called an “embedded neoliberal arrangement”. This consisted of providing multinationals with very favourable conditions, both in terms of taxes and relatively low wage levels, in exchange for relatively highly-skilled workers. To compensate for low wages and other negative consequences of industrial restructuring, the state offered its citizens generous welfare payments.

For some time, this model enabled these countries to grow economically. It provided citizens with decent jobs in fairly high-value-added industries, such as car manufacturing. Further to the east, countries such as Russia and various central Asian republics were struggling with resources-export-based models.

Events in Hungary illustrate how the rise of illiberal governments has all but put an end to this model. After years of wooing multinationals, the government of prime minister Viktor Orbán has started to take increasingly aggressive steps against them.

Our research shows that many companies are increasingly experiencing pressure from a regime that doesn’t shy away from using what one of the CEOs we interviewed called “mafia tools” to increase its control over the economy. These methods include essentially blackmailing companies to partially or completely give up control of the firm to members of the Orbán clan. The threat of arbitrary tax audits, prohibitive special taxes or special legislation directly geared towards undermining specific companies’ business models are also concerns.

There is nothing fundamentally wrong with a state deciding to assume a more prominent role in the economy, including (re)nationalising private companies. Yet in Hungary these measures seem to be mainly aimed at enriching members of the clan around Orbán.

Such an aggressive stance – both in rhetoric and action –- against foreign capital seems surprising given the country’s dependence on foreign direct investment. It can partly be explained by Hungary’s membership of the EU. Joining the union in 2004 meant Eastern and Central European countries could access structural funds – an alternative source for much-needed finance for industrial restructuring and modernisation.

Recent research by Dénes Bank found that these EU funds are now more important to these nations than FDI inflows. Between 2007 and 2013, EU funds for Hungary alone amounted to €35 billion whereas total FDI inflow was €28 billion.

These structural funds may largely explain why Orbán and his clan can afford the luxury of boldly expanding their grip on the economy without fearing the consequences of an increasingly hostile investment climate. As such, EU structural funds may be much more central to the emerging illiberal model in Central and Eastern European countries than is commonly acknowledged. Indeed, it doesn’t seem too far-fetched to draw the troubling conclusion that they may be the very fuel that makes the illiberal motor turn.

From this perspective, the idea, which is part of discussions about the next EU budget, of making some EU funding conditional on criteria such as respecting the rule of law should be very seriously considered. Removing the fuel may well be a necessary measure to make sure the illiberal fire does not spread any further.

Cross-posted at “The Conversation.”

Dorottya Sallai is Senior Lecturer in International Business at University of Greenwich.