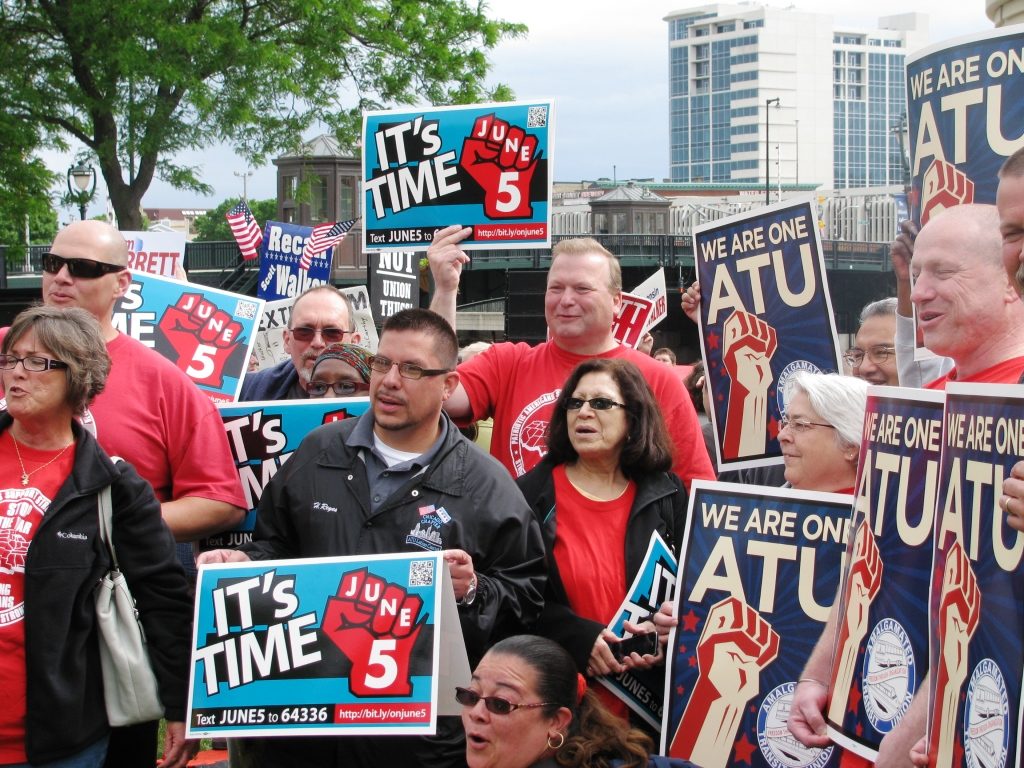 The past couple decades have been challenging for trade unions in North America. The rise of neoliberalism and globalization have sparked a period of aggressive anti-union measures by both governments and employers, forcing unions to re-think existing strategies and approaches if they are to survive.

Unions’ attempts to re-establish their strength and counter their declining role in workplaces and society have taken many forms, but they are a response to a common set of issues facing all unions.

A large body of literature has emerged examining union renewal. While it is a broad-scoped area of research, much of it has focused on the shifting of internal union practices and approaches to organizing and member recruitment. Research has also revealed that most renewal efforts arise from one of two key sources of momentum: decisions from central union leadership to alter approaches across the union; or rank-and-file led reform at the local level.

Renewal is usually an intentional, planned process of attempting new practices and structures.

Recent research has suggested that there are additional avenues for unions to alter their practices and structures to create a more vibrant union built to sustain the challenges of the 21st century. The pathways to union renewal are more contingent than originally expected and rely equally upon internal dynamics within the union and the external context in which they are operating.

An emerging concept that proves useful for understanding this contingency is that of referential unionisms, developed by Gregor Murray and his colleagues. They describe referential unionisms as “a conceptual tool for understanding how unions filter, interpret and act – or not – upon the constraints they face.” The new concept allows both for differing responses to similar external pressures and for a broader scope of internal pre-existing dynamics.

I recently conducted an in-depth case study of a union local in the Canadian province of Alberta that points to how internal and external contexts can allow alternative forms of renewal to emerge.

Twenty years ago, United Food and Commercial Workers Local 401 (UFCW 401) was the dominant grocery store union in the province, representing the bulk of workers in the industry but few workers elsewhere. Over the course of two decades they transformed their practices to become the largest private sector union in the province representing workers at over 50 employers in a wide range of industries, including meat processing, hotel and tourism, health care, gaming, and restaurants. They developed a particular strength at organizing under-represented workers such as immigrants, women, youth, and racialized workers.
The transformation of this local was particularly unexpected as it displayed none of the usual conditions that research suggests leads to renewal. It has been run by the same leadership team for 30 years, who run the local in a highly centralized fashion. A deeply entrenched local leadership with a high degree of central control is usually a contraindication for renewal.

At the beginning of the study period, UFCW 401 was a quintessential business union, with a centralized structure, limited member activism, stunted internal democracy and reluctance to take industrial action. In contrast, today Local 401 is one of the most active and militant unions in the province. In the past five years they filed more certification applications than any other legitimate private sector union. Since 2000, they have been involved in 10 strikes/lockouts involving 215,000 lost person-days, almost 25% of all days lost in the province due to labour disputes (Local 401 represents 7% of unionized workers in Alberta).

Many of their strikes have been large, long and acrimonious. Often they are first contract strikes, with the union attempting to gain basic union recognition from the employer.

The local has also adopted innovative organizing tactics to more effectively reach out to racialized and marginalized workers. The local also integrates sophisticated and aggressive communications strategies into its campaigns, employing controversial advertisements, targeted websites and social media to deliver a strong message. Finally, the local, which once eschewed politics entirely, has become engaged not only with electoral politics but with a variety of other political causes, including migrant workers, privatization of public services, single-payer public health care, and GLTBQ rights.

Through this transformation, the top-down, rigid structures of the local have remained and there has been no change to the local’s leadership. Existing theories of renewal are unable to explain this this outcome.

My study found that a key dynamic took shape in the local that facilitated an unexpected revitalization of the local’s prospects. The dynamic was driven by narratives constructed by the leadership that resulted in unanticipated change. Narratives play an important role in producing, reproducing and legitimizing power dynamics within organizations.

In Local 401 a handful of narratives were crucial in propelling the leadership, and thus the local, forward in a process of renewal. The local framed itself as being a militant, effective, membership-driven local with an accessible, populist and pragmatic leadership, even if, at first, the local did not actually display those characteristics. However, the narratives forced the leadership to act in ways consistent with those frames which supported a process of transformation that created the active, ambitious, militant local we see today.

The interaction of narrative logics and stable, centralized authority created a paradoxical dynamic that facilitated change within the local with the end result being a larger, more diverse, more active membership.

A key observation is that Local 401 never set out to renew itself. The leadership was reacting to immediate pressures with no long-term strategy or plan. They were just trying to get the job done in the moment. It was the logic of their narratives that set them on a course toward renewal. As a result I have coined the term “accidental revitalization” to describe the process that occurred in UFCW 401.

Accidental revitalization is not truly an accident. It is meant to signify that renewal can occur without conscious planning or a grand strategy, as was the case in Local 401. Renewal can be a product of the contingencies found in referential unionisms. It can be the by-product of union leaders doing what they always do, but influencing a new outcome without knowing it. UFCW 401 is an example of how these contingencies can lead to positive results.

For anyone concerned about the future of the labour movement in North America the story of UFCW 401 is a hopeful beacon that renewal can take multiple forms and that unions that don’t appear, at first, to be candidates for renewal might be capable of reforming themselves to make life better for workers. And that is a good news story.