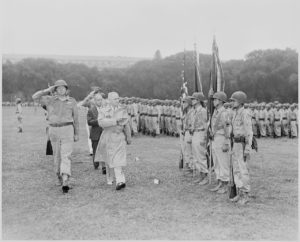 We often hear pleas for frank discussions about “race in America.” Yet rarely are Asian Americans ever seriously considered in this supposed dialogue. The important history and notable socioeconomic achievements of Japanese Americans, for example, are typically entirely ignored. If Japanese Americans are considered at all, then usually they are naïvely portrayed as the spineless victims who got interned during World War II but who are otherwise insignificant for understanding “race in America.” See for example, Race in America by Desmond and Emirbayer who even refer to the Japanese American internment as the historical origin of “The Prison Boom” even though those internees were never charged with any crime much less convicted of one.

Ignoring the socioeconomic circumstances of Asian Americans was once possibly justified on the grounds that they were such a small demographic group. In recent decades, however, the population of Asian Americans has been rapidly increasing. In percentage terms, they are now the fastest growing racial category. Asian Americans have become ubiquitous in many professional occupations, elite universities, media outlets, and notable artistic and cultural organizations. They have often been known to be superlative leaders in business, government, athletics, and the military.

Yet contemporary American sociology, like some of the general public at large, continues to be ill at ease in accepting Asian Americans as a mainstream group to consider in the national dialogue on racial relations. This reluctance may arise because Asian Americans are a non-white minority that appears to be at odds with popular liberal views about a “racial hierarchy” which is said to foster “white privilege.”

The typical liberal discourse on “race in America” is generally framed as purporting to promote the liberation of oppressed non-white minorities from the evils of racial discrimination. But this mantle is a bit awkward to promulgate in regard to a group like Japanese Americans who traditionally have had lower poverty rates than whites as well as higher levels of educational achievement, per-capita household income, and occupational attainment.

Most careful statistical analyses of contemporary data find that the socioeconomic attainments of native-born Asian Americans tend to significantly exceed those of whites. But because such inconvenient facts do not obviously support the “white privilege” perspective that is so dominant in American sociology today, high quality research on Asian Americans has become rather rare in the leading journals in the field.

For example, an article curiously appeared last year in the American Sociological Review claiming that Asian Americans do not really value education which is quite contrary to the known facts from quantitative research and the conclusions of qualitative studies for several decades. An article in a recent volume of the prestigious Annual Review of Sociology claims that native-born Asian American women have lower wages than white women which has about as much credibility as the argument that there is no evidence for global warming.

In order to neutralize the theoretical significance of the high wages of native-born Asian Americans, the conventional wisdom that has arisen in American sociology is that their wages are said to be artificially “inflated” because Asian Americans are more likely to live in places with a higher cost of living like California, Hawaii, and New York. After taking into account this regional concentration in expensive locales, the wages of Asian Americans are asserted to be lower than for whites. The “white privilege” view assuming widespread racial discrimination against non-whites is thereby presumed to be rescued by this statistical explanation. (Oh woe are those poor, impoverished souls who own property in Seattle, Santa Barbara, San Francisco, and Palo Alto!)

This rationalization has substantive problems. The first is statistical “over-controlling.” Many labor markets are highly mobile as well as national in scope especially for highly educated workers who are more likely to be Asian American. Persons with higher wages can afford to live in more expensive areas (such as California) which have more attractive amenities and desirable characteristics (such as better weather). Place of residence is not simply a pre-determined “control variable” because higher wages are also the cause (not only the effect) of living in a more desirable area. The latter have a higher cost precisely because they are more highly prized.

Another problem is that the aforementioned rationalization is logically inconsistent with how other minority groups are analyzed. No sociologists argue that the income differential between whites and Native Americans is overstated due to the fact that the latter group, being more rural, has a much lower cost of living. No sociological studies conclude that the income differential between whites and African Americans is overstated because African Americans are more likely to live in rural areas of the southeastern U.S. Hispanics disproportionately reside in the states bordering Mexico where the cost of living is lower but no one contends that the Hispanic income disadvantage is thereby exaggerated.

To the contrary, an entire literature argues that in urban areas, African Americans are causally disadvantaged by residing in neighborhoods where the cost of housing is lower. The higher-cost-of-living rationalization is a straw man argument that is trotted out only in the case of Asian Americans in order to subordinate them to the dominant paradigm in the sociology of racial relations.

A recent detailed study (which did not appear in a leading sociology journal) carefully analyzed national data on wages, labor force characteristics, cost-of-living measures, and empirical indicators relating to preferences for regional residence such as place of birth, family size, and other sources of family income. The results found that after taking into account the effect that higher wages have on determining one’s place of residence, no statistically significant wage differential was evident between native-born Asian American men and white men.

Unfortunately, my many years of experience working in this area of research lead me to believe that this meticulous study will be largely ignored. Most American sociologists will likely continue to favor “political correctness” over statistical correctness in order to obsequiously gain favor with established elites in the field whose academic capital is heavily invested in the value of outdated theories such as “white privilege.”

The serious study of Asian Americans will likely continue to be marginalized even as so many sociologists ironically claim to be dedicated to promoting an inclusive and enlightened dialogue about “race in America” sans Asian Americans. Unlike Don Quixote, however, tenured sociologists in the field of racial relations will also likely continue to receive attractive salaries, lifetime employment, and other professional rewards for engaging in their fantasies.

Arthur Sakamoto is Cornerstone Faculty Fellow Professor in the Department of Sociology at Texas A&M University.

Exploring the connection between institutional scholarship and interactionism