Hyper-selectivity and the Asian second-generation advantage 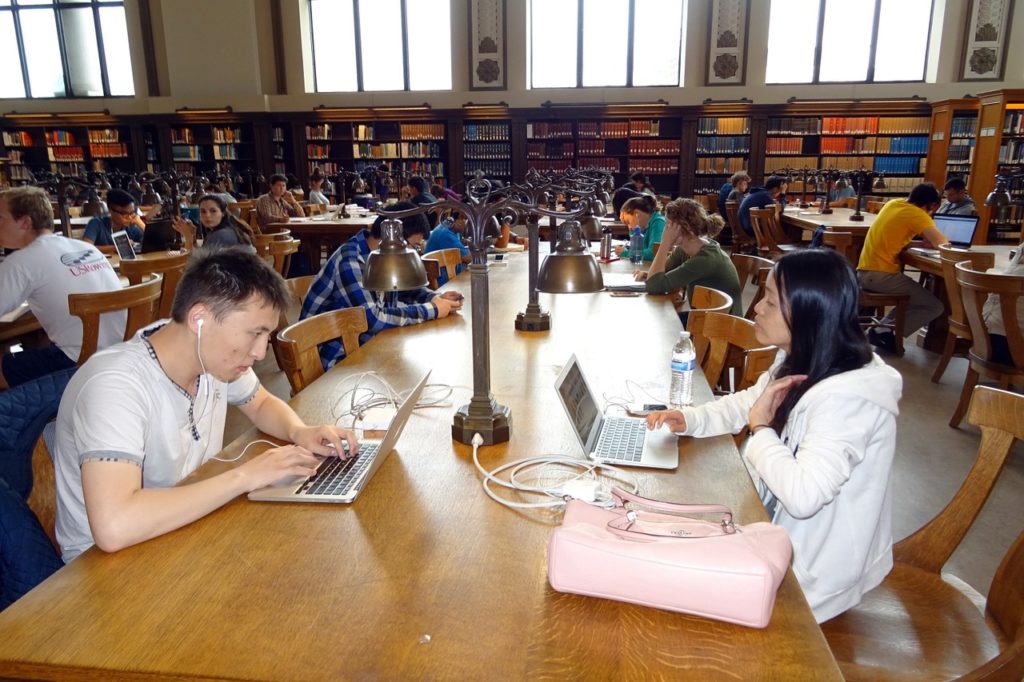 Asian Americans have increasingly been in the national spotlight. Last month, “The Chinese Exclusion Act,” a documentary by Ric Burns and Li-Shin Yu, aired nationwide as part of PBS’s American Experiences series. The film focuses on the historical legacy of anti-Asian racism and a unique moment in American history when a law banned the entry into the U.S. of an entire ethnic group for the first time.

Last week, the New York Times highlighted the importance of the Asian American vote in the upcoming midterm election in Orange County where one-fifth of the population is of Asian descent. This Spring, an ongoing lawsuit against Harvard alleges that Harvard admissions files showed a clear pattern of discrimination against Asian applicants, with implications for the future of affirmative action policy.

How are Asian Americans advantaged or disadvantaged in the current national debate on race? In a recent post on this blog, Arthur Sakamoto argued that the obsession over “white privilege” has blinded scholars to the reality of Asian American success. Informed by the majority-minority paradigm of racial hierarchy, academic and public debates continue to treat Asians as a minority, despite their increasing presence in and acceptance by the American mainstream.

In a related post on the org theory blog, Raj Andrew Ghoshal and Yung-Yi Diana Pan challenged the claim of Asian American privilege by highlighting new research documenting mixed success among and persisting social exclusion towards Asians in workplaces and communities across the country.

These scholars move the debate forward by making visible the invisible role of power in shaping research and public discourse on Asian Americans. On the one hand, the academic bias towards treating the Asian American advantage in socioeconomic attainment as an “inconvenient fact” to be explained away reflects the racial hierarchy in the U.S.

On the other hand, the emphasis on the marginalization of Asian Americans reflects both the historical legacy of anti-Asian racism and the contemporary moments of discrimination towards Asians in many life domains. For example, South Asian men of Muslim faith are routinely profiled as terrorists in the aftermath of the attack on the World Trade Center on September 11.

An important, but missing, factor in this debate is the selectivity of post-1965 immigrant flows from Asia.

One key source of the Asian advantage is the hyper-selectivity of Asian immigrants. Hyper-selectivity refers to a dual type of positive selectivity in which immigrants are more likely to have graduated from college than their non-migrant counterparts from the countries of origin, and also more likely to be college graduates than the host population. This hyper-selectivity has cultural, institutional and social psychological consequences for second-generation achievement and for the changing cognitive construction of “Asian” as a racial group.

Hyper-selectivity among Asian immigrants places their U.S.-born second-generation children at a more favorable starting point in their quest for socioeconomic attainment.

In a new paper, my co-authors and I draw on a comparative analysis of the Chinese second generation to illustrate how the hyper-selectivity of Chinese immigrants has gradually changed perceptions of Chinese, resulting in the “racial mobility” of Asian Americans. We define “racial mobility” as the change in status and/or group position of a racial group as a result of changes in an ethno-racial group’s immigrant selectivity and socioeconomic attainment.

This hyper-selectivity drives the perception that all Chinese are educated, smart, hard-working, and deserving. Among the Chinese second generation, the proportion of college graduates is 61.2 percent, compared to only 32.2 percent among non-Hispanic whites of native parentage.

Less than a century ago, Chinese immigrants were described as illiterate, undesirable, and unassimilable foreigners, full of “filth and disease,” and unfit for U.S. citizenship.

In 1882, Senator John F. Miller, Republican of California, told the Senate on February 28, “It is a fact of history that wherever the Chinese have gone they have always taken their habits, methods, and civilization with them; and history fails to record a single example in which they have ever lost them. They remain Chinese always and everywhere; changeless, fixed and unalterable.” Senator Miller added, “If the Chinese could be lifted up to the level of the free American, to the adoption and enjoyment of American civilization, the case would be better; but this cannot be done.”

As “marginal members of the human race,” the Chinese were denied the right to naturalize, denied the right to intermarry, residentially segregated in crowded ethnic enclaves, and legally barred from entering the U.S. for ten years beginning in 1882 with the passage of the Chinese Exclusion Act. Despite decades of institutional discrimination, racial prejudice, and legal exclusion, Chinese have become one of the most highly educated U.S. groups who are now hailed as the model minority and a successful minority group to be emulated.

The change in Chinese immigrant selectivity—and more specifically their hyper-selectivity—has led to the “racial mobility” of not only Chinese but also Asian Americans.

Group size also matters. Facilitating the racial mobility of Asian Americans is the group size of Chinese as the largest Asian ethnic group, accounting for 18.1 percent of the Asian population in the U.S. In contrast, in spite of the hyper-selectivity of Nigerian immigrants and the equally high level of education attained by the second generation, Nigerians comprise less than 1 percent of the Black population in the U.S. This fraction is not enough to change the cognitive construction of blackness, which was born out of the legacy of slavery, entrenched by Jim Crow laws, and embedded through the de jure and now de facto practice of the one-drop rule of hypo-descent.

While Asians originate from more than 20 countries, the largest five Asian groups —Chinese, Indians, Filipinos, Vietnamese and Koreans—account for 83 percent of the Asian population in the U.S. With the exception of Vietnamese, four of these five groups are also hyper-selected. Due to racialization, perceptions of Chinese also extend to other Asian immigrant groups such as Vietnamese, even though the latter group is not hyper-selected. We refer to this process as the “spill-over effects” of hyper-selectivity

We also raise the question of whether hyper-selectivity may operate in the same manner for non-Asian groups such as Cubans, Nigerians, and Armenians, who are racialized as Hispanic, Black, and White, respectively, in the U.S. context. We document a clear second-generation advantage among all four hyper-selected groups with each group being more likely to have achieved more education compared to the first-generation as well as their U.S. proximal hosts – third-and-higher generation individuals of the same race.

While Asian hyper-selectivity has begun to change the cognitive construction of race for Asians, it has not done the same for other groups. Cubans and Nigerians are simply constructed as the exceptions among Latinos and Blacks, while Armenians are absorbed as Whites.