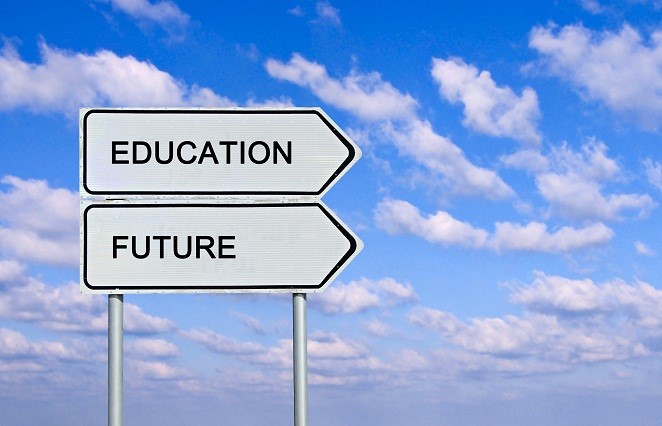 We know that education has important occupational benefits for individuals, but do these benefits spill over into society as well?  At the turn of the century, I find that they do.

This conclusion is based on my analyses of U.S. census data from 1850 to 1930.  I take advantage of state differences in the timing of early compulsory school attendance laws.  Massachusetts was the first to require all children to attend school in 1852.  Other states in New England and the North followed more quickly than the South, but by 1918 all states had made attendance compulsory.

Given that compulsory education laws did in fact increase education, I next ask how they affected the occupational structure. Skill-biased technological changes are developments in how things are produced that increase demand for skilled workers. An example is the computer, which requires – among other things – literate and technologically savvy workers.  If compulsory schooling generated skill-biased technological change, the state occupational distribution should shift away from unskilled and agricultural occupations toward more skilled or non-manual occupations.

On the other hand, compulsory schooling may have enabled mechanization, routinization, and specialization at work, reducing the need for skilled labor and encouraging employers to rely on less skilled labor or machines.  In that case, the state occupational distribution should shift toward non-skilled manual occupations, away from skilled occupations.  For example, rather than one craftsperson building an entire car (with all of the required knowledge and skill), an individual worker could be responsible for adding only ten screws to car after car on an assembly line.

To test these hypotheses, I ask whether early compulsory school attendance laws shifted state occupational distributions away from agricultural and non-skilled jobs toward skilled and non-manual occupations.

Disentangling effects of education from other changes

The key to this analysis is variation in when each state made school attendance compulsory.  Tracing within-state changes means that state differences (at least those that remain the same over time) cannot explain the findings.  Some states (e.g. those in the Northeast) were likely to require attendance before others.  However, when examining changes within the same state and holding constant the factors that best explain when a state required attendance, the precise timing of each state’s first compulsory law depends on relatively arbitrary factors (e.g. the proportion of current state legislators who supported compulsory attendance and when or by whom the law was proposed).  These arbitrary factors reduce concerns that some other factor caused changes in both the compulsory law and occupations.

I analyze men and women separately for two reasons.  First, the expansion of girls’ schooling may contribute more to economic development than boys’ schooling.  Second, the relationship between schooling and occupation was probably different for men and women around the turn of the century.  In fact, occupational information is not even available for women until the 1860 census.  The average state labor force participation rate of working-age adults (age 16-65) from 1860 to 1930 ranged from 87% to 89% for men and from 14% to 25% for women.  Given these large differences, we might expect compulsory education laws to have different effects on the occupations of women and men.

Consistent with the skill-biased technological change hypothesis, in most cases the laws expanded and shifted the occupational distribution up, away from agriculture toward skilled and non-manual work.

In one case (men in states with high initial attendance rates), results support the hypothesis that educational expansion promoted unskilled jobs during the industrial revolution.  Overall, however, my findings are most consistent with skill-biased technological change: more education led to increases in skilled jobs.

This historical examination of U.S. education policy may hold limited relevance for the contemporary world, due to globalization or the current knowledge economy.  However, universal primary education could yield similar benefits in developing countries.  If results hold in U.S. today, extending the compulsory schooling age to 18 or providing free community college tuition could improve the types of jobs available.

It may be expensive to extend the compulsory schooling age to 18 or to provide free community college tuition, but the evidence suggests these investments enhance job opportunities for all, not just the individuals who gain more schooling.  Educational investments benefit us all.

Emily Rauscher is Assistant Professor of Sociology at the University of Kansas.