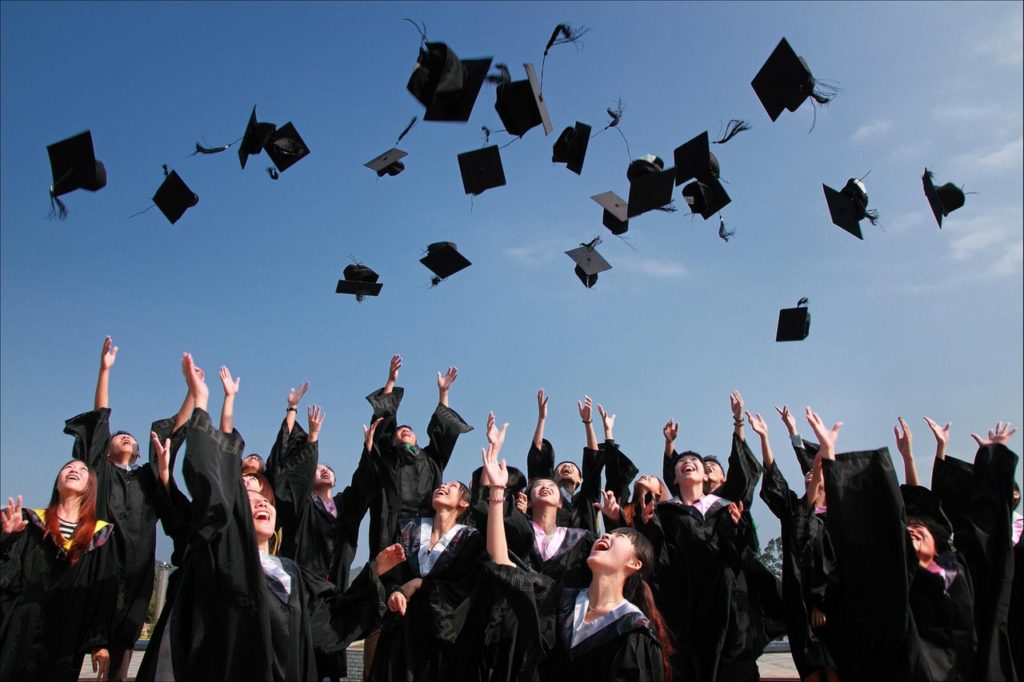 People who earn post-secondary degrees have better lives than those who do not. They get better jobs, earn more money, are healthier, happier, and are more civically engaged.

In the popular imagination—and research literature—it is through education that people from poor backgrounds improve their socioeconomic status. Education is an essential part of the American meritocracy.

If you want to improve someone’s life, send them to college!

But everyone involved with higher education—and a large number of people outside of it—are aware of college graduates who are underemployed, or working in relatively low-skilled jobs. Jokes aside, about humanities majors working in restaurants, anyone who spends time around young adults knows some who struggle to find work commensurate with their education.

In a recent study, I found that more recent cohorts of college-educated adults are struggling to find high-skilled jobs. There are too many college graduates for too few skilled jobs.

Due to substantial investment in higher education in the twentieth century—and widespread recognition of college’s benefits—college completion rates quintupled between 1940 and 2010. 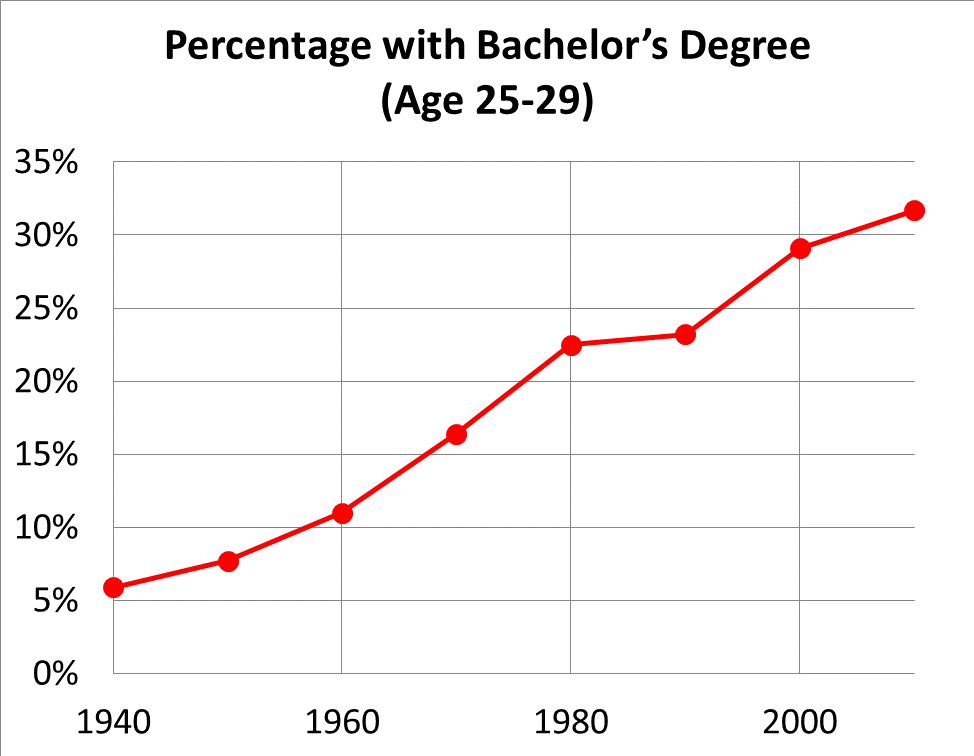 Unfortunately, there aren’t enough high-skilled jobs for all of those college graduates.

Based on three measurements of occupation-level skill—quantitative, verbal, and analytic skill utilization—I found that as college completion rates rise, college-educated workers are landing less-skilled jobs across all three domains. I derived these skill scores—measured in continuous “points” from approximately 0 to 6—from O*NET ratings from the early 2000s. These scores are publicly available at SocArxiv.

The changes in skill-utilization are mostly moderate, but noticeable. For example, men with a bachelor degree get less verbally-skilled jobs, and the difference is equivalent to the difference between a librarian and a clergy member.

However, one effect is large: Men with a bachelor’s degree land substantially less analytically-skilled jobs (0.45 points) as college education rises. A difference of 0.45 points in analytic skill is roughly the distance between an actuary and a middle-school teacher.

The result is that the advantage of a bachelor’s degree over those without any college experience declines by substantively large amounts as higher education expands.

These findings are somewhat unexpected, since the dollar return to education has gone up dramatically in recent years. If people with bachelor’s degrees land lower-skilled jobs, why are they also being paid more money?

This a puzzle that is beyond the scope of the present study. One possibility is that the college-educated workers in finance—or other increasingly highly-paid professions—are making so much more money than in earlier eras that it is outweighing those who cannot get skilled work.

What do we do about this?

Going to college is a good idea. It likely remains the best way for a person from a poorer background to move into a higher socioeconomic bracket. Plus, people who earn a college degree have better lives than the people who do not.

But sending groups of people to college without any other intervention has unintended consequences: It increases competition enough to substantially erode the power of a college degree in the labor market.

Worse, because the bachelor’s degree loses its power in the labor market, a new race begins to earn master’s degrees. Using degree completion as an anti-poverty measure promises an education arms race, where young adults must attain even more credentials to stay ahead of their peers. In this arms race, it is likely that affluent young men and women continue to hold a better position.

Moreover, as Emily Rauscher points out, increased education in the population can actually create more good jobs, although clearly not fast enough to compensate for the increase in educated workers. Furthermore, research conducted at universities has beneficial effects on the economy. Restricting higher education does more harm than good.

There are three possible solutions to prevent an education arms race, maintain the value of a college degree, and reduce inequality in the United States.

Jonathan Horowitz, “Relative Education and the Advantage of a College Degree,” American Sociological Review 2018. For a free, pre-publication version of the article, click here.

Jonathan Horowitz is a postdoctoral fellow at the Carolina Population Center.