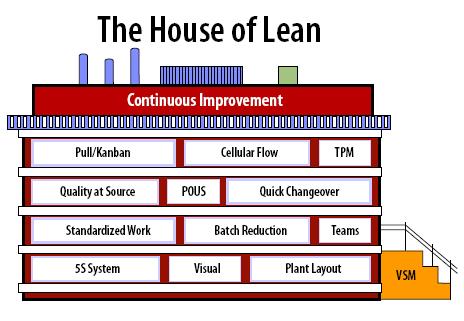 The core of mainstream economics is rational choice theory. According to this theory, the guiding principle of human behavior and decision making is that individuals maximize their own self-interest.

As critics have long pointed out, rational choice theory is based on heroic assumptions: that individuals have perfect information and computerlike information processing capability, which are used to maximize utility. Economists justify maintaining these assumptions because rational choice models allegedly produce accurate predictions. (They don’t, but that’s another story.)

There are two related critiques of rational choice theory, both of which focus on developing more realistic theories of behavior and choice.

The first tradition is known as the behavioral theory of the firm, which has been hugely influential within organization theory (and much less so in economics). This tradition was founded by the polymath political scientist Herbert A. Simon, political scientist James G. March and the economist Richard M. Cyert.

March and Simon argued that, due to limited cognitive ability and the need to avoid information overload, individuals adopt an “approximate, simplified … definition of the situation.” Further, individuals do not maximize but rather satisfice – settle for good enough – based on a given aspiration level.

Cyert and March added that information search is problem-driven, activated when short-run performance falls below a given aspiration level. Search is sequential – alternatives are considered one at a time – and stops once a satisfactory solution has been found.

Sociologists have developed the first idea – regarding the definition of the situation – by focusing on how wider institutional fields provide rules, cultural understandings and sources of identification. These ideas form the basis of the field of sociological institutionalism.

Surprisingly, given their generally critical orientation toward rational choice theory, sociologists have not given sustained attention to satisficing. Sociologists often assume satisficing, but they have not systematically developed the concept for empirical analysis. Rather, they have focused on how cultural and other institutional forces shape the definition of the situation and the understanding of alternative courses of action.

For their part, the behavioralists have focused on internal and micro-organizational issues: aspiration levels and performance feedback, organizational routines and capabilities, and organizational adaptation and learning.

In a recent study, I have systematically developed the concept of satisficing within an institutionalist framework, based on interviews with 109 individuals in 31 manufacturing firms, including extensive direct observation in the field.

I build on institutional logics theory. Logics are socially constructed beliefs, goals and practices that are based in the material practice and symbolic discourse of influential actors within an organizational field. Institutional logics are sources of top-down (schema-driven) processing that focus attention and guide action. Some managers continue to think in terms of old logics of best practice and thus not fully internalize or embrace new logics of best practice.

These top-down processes operate alongside bottom-up (feedback-driven) information processing. This is how satisficing influences behavior. Managers with moderate aspiration levels will be satisfied when performance is good enough; if certain practices would increase efficiency but are difficult to implement and sustain, such managers will not devote further effort to implementing those practices.

Within American manufacturing, two practices are deeply institutionalized as best practice: lean production and worker empowerment. The combination of these practices is widely considered to be the most technically-efficient organizational form, being adopted by high-profile, global manufacturing leaders and pushed on suppliers by industrial customers, industry associations and consultants.

My findings show that while some managers fully adopted both practices, others selectively adopted only the most basic aspects of each, resulting in less efficient organizations with more limited learning capability than comparable factories.

There were two primary reasons why managers failed to adopt best practice. First, managers with moderate aspiration levels framed their local context as too complex or unique for the most difficult-to-implement elements of best practice to be applicable. Using matched pairs of factories, however, I show best practice being adopted in effectively identical contexts.

Second, some managers continued to think in terms of conceptual schemas associated with formerly dominant institutional logics of best practice. For example, some managers continue to think in terms of a traditional mass production focus on capacity utilization and uptime for individual machines, against the lean (just-in-time) principle of producing only the minimum lot size necessary to satisfy demand and focusing on rotating workers to where the demand is.

In another example, the logic of worker empowerment is to involve workers in decision making and problem solving, in order to mobilize their tacit knowledge from the shopfloor. However, some managers continued to think in terms of traditional “scientific management,” under which workers should be restricted to executing standardized work instructions, while problem solving and decision making are reserved for managers and engineers.

The importance of individual-level variation in aspiration levels

The behavioral literature has focused on how aspiration level adaptation provides a basis for organizational learning. In contrast, I theorize a central role for individual-level variation in aspiration levels.

The satisficing managers I observed invoked the complexity of their local situation as making best practice impractical, competing demands of operating a factory as precluding the ability to dedicate resources to upgrading, and satisfaction with existing practice as making further upgrading unnecessary. Although these rationales were based in experience and as such provide some justification, other mangers in effectively identical factories did not rationalize partial adoption but pushed forward with full implementation of best practice.

My findings suggest there is widespread satisficing in for-profit businesses – and that the market permits substantial variations in organizational form and capability. Market competition simply does not penetrate into organizations to select on the most efficient organizational routines.

Even though there is widespread agreement on best practice in manufacturing – and detailed information on the specific package of practices that should be implemented – many organizations do not adopt best practice. Relying on market forces alone is thus insufficient to ensure the diffusion of global best practice within an economy.

If governments want to improve the competitiveness of their economy – and in the case of manufacturing to help keep high paying jobs onshore – they should develop industrial policy based on the direct provision of knowledge and knowhow within organizations.

A central finding of my research is that most of the managers who adopted best practice had experience of seeing that best practice work.

A primary source of this type of experience and knowhow in the companies I studied was the Manufacturing Extension Partnership, a public-private partnership funded in part by the National Institute of Standards and Technology. Another source was help from a large industrial customer. Both are non-market sources of knowhow. A third was experience in another company.

This suggests that while individual aspiration levels may be generally stable, they can be pushed upward when an individual experiences the success of something he or she was resistant to try. Indeed, it may be that the main source of stable (low or moderate) aspiration levels is the complexity and demands of the environment as much as any ingrained psychological trait.

In any case, mainstream economic theory tells us little about how best practice diffuses or the problems of implementing it within organizations. Sociology and organization theory, by contrast, provide profound insights into these critical issues.

Matt is Reader in Sociology and Political Economy at Loughborough University London. He is an editor at large for Work in Progress.