Donation or bribe? How police departments manage the ambiguities of gifts 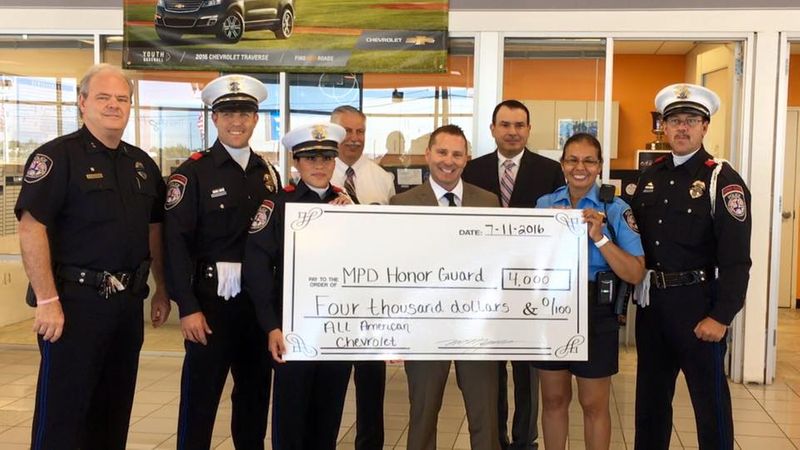 For a police department, accepting donations from the public has clear advantages but also several downsides.

On the one hand, donations obviously bring in money. What organization wouldn’t like to have some extra money to spend, particularly if they feel cash-strapped? But economic benefit is not the only advantage of donations. For police departments, donations are also a way of getting closer to the community, a priority of policing in recent years. Gift-giving is more than a cash transfer. It can help the public feel part of the policing effort more than the impersonality of tax-payer money.

On the other hand, once a donation is accepted it can sow confusion among givers, receivers, and the public. Gift-giving is an activity plagued with ambiguity, ritual, and unsaid intentions.

When we give gifts, we often try to ensure the receiver knows we don’t want anything back. We want to be generous. But, the truth is that we do want something back. Although the return is not the motivation for the gift, we want the receiver to confirm that our social bond will be honored.

That confirmation comes in the form of a counter-gift or gesture that is not equal to the gift, but that keeps some kind of loose equivalence. In other words, gift-giving demands a dance of sorts to show that we are motivated by generosity and that no one is under any obligation to give or give back, while expecting reciprocity.

For a police department, accepting gifts means entering this dance-like scenario, where obligations are created at the same time that they are denied. It could mean trouble, and could easily lead to accusations of corruption.

As a public bureaucracy, police departments’ legitimacy rests to a large extent on their ability to project an image of equal treatment, providing the same service regardless of whether you have money to donate or not. It is an organization based on bureaucratic principles and the ambiguities of gift-giving are in conflict with those principles.

In a recent study, Alex Luscombe and I examined how the Vancouver Police Department in Canada manages to accept donations while avoiding, as much as possible, the downsides that come with their acceptance. We found four distinguishable strategies.

First, in most instances the department does not accept donations directly, but rather through a Police Foundation. This strategy is meant to create distance between giver and receiver, obfuscating an exchange that now involves three different parties. Police departments in many cities in North America have relied on foundations to avoid precisely the kind of awkward and ambiguous obligations that direct gift-giving may arise.

Second, the Vancouver Police Department explicitly denies any obligation to reciprocate the gift. This is done in two ways. First, regulations distinguish donations from sponsorship. The latter are quid-pro-quo exchanges between, for example, a company that provides a product or service, and the police department who endorses the giver in return.

Department rules define sponsorship as interested exchanges where each party has clear written-down obligations towards each other. This definition helps identify donations, by contrast, as nothing like quid-pro-quo. Indeed, donors should not expect anything in return.

Additionally, donors sign a “gift contract” in which, they accept by signature, that the donation does not create any obligations for the police. Of course, this can only purify the gift so much. After all, don’t we all deny obligations to reciprocate when we give gifts? In the case of the police, however, the standard gift ritual of denying obligations is “bureaucratized” and formally signed on paper, something I’m pretty sure most people don’t do when giving gifts.

Third, police department regulations restrict what donations can be used for. There are a number of “core” police functions that cannot be funded through gifts. Earmarking by donors is encouraged because it is a way of strengthening and personalizing the tie to the organization, but core policing functions are only funded by the public budget and are therefore protected from perceived contamination by private donations.

Fourth, even when all the provisions above should ensure donors will not receive any reciprocal benefits from the donation, the police department screens donors through background checks and other mechanism. The police department doesn’t want to be stuck with a questionable tie with a disreputable donor. They can refuse the donation (and therefore the social tie itself) without explanation.

Can these mechanisms purify donations completely? They certainly help but cannot completely avoid issues down the road. Doctors sometimes say that when there are many alternative therapies for a condition, it is likely that none of them actually work.

The combination of purifying mechanisms suggest that each is relatively weak on its own, and even contradictory with others. For example, police foundations often give donors a ritual celebration of the bond (participating in a dinner, a ride-along, a personalized card, or belonging to a prestigious tier of donors), while simultaneously trying to prevent a reciprocal exchange or the perception of reciprocal obligations.

In the end, it is not easy to solve the disreputability problem of gifts to a public bureaucracy like the police because it entails selectively embracing some principles of gift-giving (acknowledging that a bond is created) while disregarding others (the obligation to reciprocate).

Daniel Fridman and Alex Luscombe,“Gift-giving, Disreputable Exchange, and the Management of Donations in a Police Department,” Social Forces 2017.

Daniel Fridman is an assistant professor in the Department of Sociology and the Teresa Lozano Long Institute of Latin American Studies at The University of Texas at Austin.