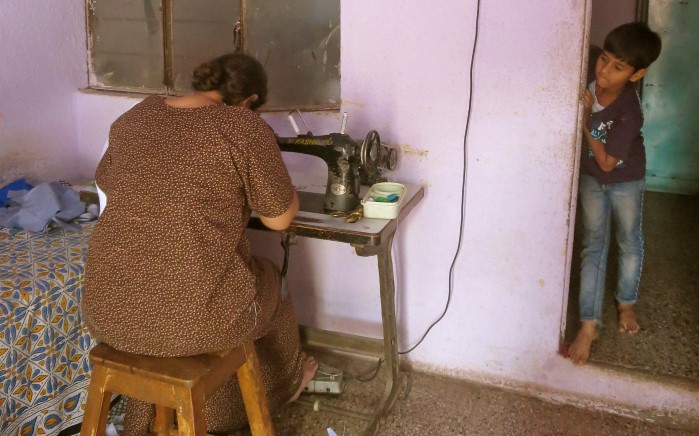 In 2006, Muhammad Yunus and his organization the Grameen Bank were awarded the Nobel Peace Prize for pioneering microcredit programs to the poor in Bangladesh. This was the culmination of nearly two decades of the international development field’s confidence in microfinance to bring social and economic development. The rise of the microfinance movement reflects what the former World Bank Chief Economist Joseph Stiglitz calls the social turn in international development, characterized by the inclusion of social dimensions, such as gender and inequality, in development practices.

Critical social science scholars offer different interpretations of this social turn, including the appropriation of gender equality for neoliberal goals, the reliance on private solutions to poverty, and the mischaracterization of precarious and exploitative work as entrepreneurialism.

Considering the hype around microfinance, entrepreneurialism, and the belief in the empowering potential of work, I was interested in comparing these ideas to the lives of women actually working in the informal economy. I spent a year in Ahmedabad, a large city in northwest India, conducting research with women home-based garment workers. Because of the work setting and an ambiguous employee-employer relationship, home-based workers are often mistakenly refashioned as self-employed micro-entrepreneurs.

Similar to current debates over the gig economy (such as Airbnb, Uber, and TaskRabbit), there are two interpretations of the informal economy: entrepreneurship or exploitation. In my research I found that women home-based workers reflected both sides but with caveats. Their experience with work was due to labor market forces that create low-wage, irregular work, but also to their social positions as poor women belonging to lower-caste or religious minority groups. Because of social and cultural customs, including household and caregiving responsibilities, these women could not work outside. Yet, they had to work because of their household’s economic position. As one participant, Biliksha, admitted, her family allows her to work because “our household needs money, otherwise, I would only do household work.”

Home-based work allowed women to be economically active while not conflicting with their gender roles in the family and community. However, home-based work is very irregular, low paid, and highly exploitative. Home-based work offers an opportunity to work, but the industry takes advantage of women’s limited social and spatial mobility to create a cheap and expendable labor force.

Challenging the self-reliant and autonomous worker

According to micro-finance proponents, women invest in their work and so gain confidence as they learn to provide for themselves. Furthermore, the autonomy of entrepreneurialism reflects their independence. Both ideals support the impression that women do not need to rely on others (a veiled neoliberal critique of the welfare state). The home-based workers I spoke with did not frame work in terms of investment, self-reliance, and autonomy, rather they described alternative narratives of work.

Mohsina, for example, protested the conditions of her work that required her to cover production costs, “We have to spend so much and we get nothing! The cost of going and coming [to pick up orders], we have to use our own threads, even the electricity bill. I cannot afford to do that work, so for now, the work has ended.”

Another, Shilpa, previously worked in a factory. While preferring home-based work, she did not gain the independence reflected in the autonomous worker; she still faces restraints from both her work and family roles. Comparing home-based work to working at a factory, she notes, “At five, I am free to [leave work]. But here in the home, we have the constant tension of this paid work and of taking care of the home.” The amount she earns depends on how much she is willing to work, resulting in the “tension” of having to choose between work and her family.

A performance to hide inequalities

Participants did not begin home-based work to achieve independence and empowerment, but because they lacked other options. Rather than gaining confidence from investing in their work or increased independence due to flexible work schedules, women continued to have limited choices on how to provide for their family. In an economic system of low-wage, irregular work and with limited social welfare support, workers face conflicting desires to support their families in economic and noneconomic ways. After speaking with these women, what I found was that the praise over micro-finance and micro-enterprise programs is merely an economic performance that hides inequality in the institutions of the economy and family.

Cross-posted at Gender and Society.

Natascia Boeri is an Assistant Professor of Sociology at Bloomfield College in New Jersey.

How do admen sleep at night? Responding to moral stigma in a creative industry