The Production of Wealth Gaps between Whites, Blacks, and Hispanics 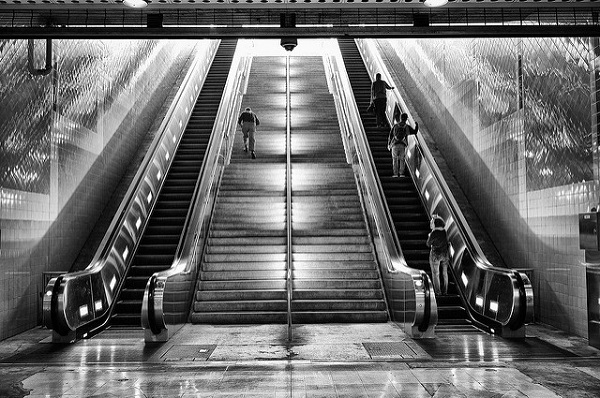 But the gaps are much smaller among young adults, who tend to have little wealth regardless of race or ethnicity. To understand how today’s middle-aged black, Hispanic, and white adults achieved widely divergent wealth levels, we need to look to the past, as these households either built their nest eggs or faced barriers to accumulating wealth.

In a recent study, we examine how individuals entering adulthood in the United States around 1980 accumulated wealth through their 20s, 30s, and 40s. We find that about half of the accumulation gap can be explained by a legacy of disadvantage for blacks and Hispanics, while the rest of the accumulation gap is created fresh in the current generation.

Compared with whites, we show that both black and Hispanic young adults start with less wealth and also tend to accumulate wealth less quickly. As a result, they fall farther behind in net worth with each passing year. In their 30s, whites begin to accumulate wealth rapidly relative to blacks and Hispanics, significantly growing their wealth advantage.

Unlike income or education, wealth can be passed directly across generations. Parents can also use their resources indirectly to advantage their offspring’s future wealth accumulation, such as by purchasing a home that allows their children to grow up in an advantageous neighborhood.

Racial and ethnic disparities in inter-generational advantages, including gifts and inheritances, can explain about 40% of the Hispanic-white gap in wealth accumulated between ages 20 and 50 and about 50% of the black-white gap. Differences in inter-generational advantages are especially important for explaining disparities in wealth accumulation in young adulthood. When individuals are still in their 20s, the role of parents’ resources looms large.

As important as legacies of disadvantage from prior generations are, they are not the whole story of accumulation gaps. This is especially true in middle adulthood. As individuals age, the relative importance of inter-generational advantages for racial and ethnic wealth disparities recedes.

Unequal Again: The Role of Disparities in Income, Families, and Homes

Individuals’ wealth accumulation is not only determined by inter-generational legacies. For example, two individuals with similar backgrounds may nonetheless have different incomes, leading to different abilities to accumulate wealth through savings. We consider a number of factors that may contribute to the wealth accumulation gap at mid-life, including education and income, family and household characteristics, and home-ownership and place of residence.

We find that accounting for racial and ethnic disparities in education and personal labor income in addition to inter-generational advantages explains another 20-30% of both the black-white and Hispanic-white wealth accumulation gaps between ages 20 and 50. Adjusting for measures of mid-life family and household attributes, such as marriage, and for home-ownership and characteristics of the area of residence, explains another 25% of both gaps. Altogether, we explain 94% of the Hispanic-white gap and 99% of the black-white gap.

Racial and ethnic disparities in income, marriage, and home-ownership grow through the 20s. As gaps in these wealth-relevant traits widen, their potential for explaining wealth accumulation gaps also grows. Thus, individuals’ achieved characteristics play a larger role in explaining the accumulation gap in middle adulthood than in young adulthood.

Above and beyond inter-generational legacies, racial and ethnic disparities in the wealth levels of today’s middle-aged adults are explained in part by disparities in education, income, marriage rates, home-ownership, and where they live.

We hope that future research will further explore patterns of wealth accumulation across the life course, expanding to consider other racial and ethnic groups, the experiences of seniors, and the wealth accumulation of more recent cohorts of young adults.

If today’s racial and ethnic wealth disparities were merely the lingering result of history, we would optimistically expect erosion of these disparities in the future. But wealth gaps between whites and blacks and Hispanics have not substantially closed in recent decades.

Efforts to close racial and ethnic disparities in wealth, therefore, must reckon with not only the enduring consequences of a legacy of discrimination and disadvantage but also contemporary inequality and discrimination in American institutions, including schools, the labor market, and housing.

Alexandra Killewald is Professor of Sociology at Harvard University.

Brielle Bryan is Assistant Professor of Sociology at Rice University.