What makes for happy, productive workers and workplaces? 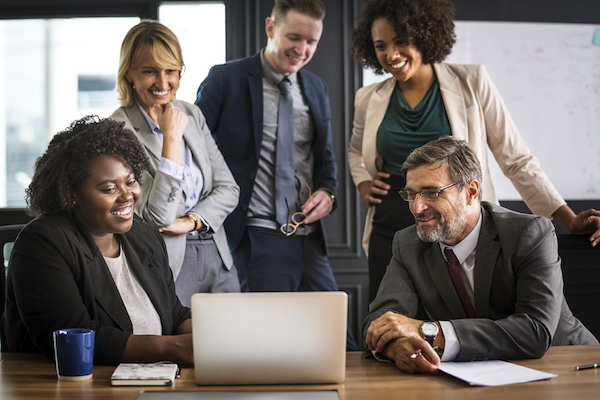 When thinking about a job and, more precisely, the position one hopes to obtain and hold, we often automatically think of material rewards (i.e., pay, benefits, mobility prospects, etc.) or job security over the long term.

Such goals are important for workers and their families, for sure, especially in the face of restructuring and growth in unstable, part-time and precarious employment.

They tell us little, however, about day-to-day workplace experiences—that is, the things that make individuals both happy and productive in their everyday work lives and that likely also make for a good workplace.

Issues of surrounding happiness and satisfaction on the job are certainly of consequence to workers. But, to be clear, they are (or should be) of relevance as well to employers—Employers who, in the current era, grapple regularly with high rates of employee turnover, absenteeism, stress of meeting production goals and heightened financial costs associated with job training.

In a recent study, we keep this dual focus on workers and employers in mind and tackle the issues of worker satisfaction and on-the-job effort and commitment.

We ask whether satisfied workers and stable, functioning workplaces are necessarily contradictory, and also empirically interrogate the mechanisms that undergird them.

Some scholarship, typically grounded in Max Weber’s classic insights on bureaucracy, points to the potential impact of workplace procedures and especially the constraints and controls that rules impose on workers’ autonomy and flexibility to do their jobs.

Most of us can probably imagine, and perhaps easily, how rules surrounding work shifts or how one does their actual job might impinge on pleasure, satisfaction and commitment. It is also possible, though, that rules may provide some predictability and efficiency for employers and even employees.

Research on worker dignity, by scholars like Randy Hodson and Michelle Lamont, and literature regarding perceptions of justice and fair treatment, differ to some extent on the question of what may be most consequential. They point to on-the-job social relations—i.e., everyday interactions with supervisors and coworkers—as every bit, if not even more, potentially meaningful.

Drawing on the LINOS project—an exceptionally rich and recent data collection effort on thousands of German workers across a large and wide variety of workplaces—we find that certain procedural constraints, especially those regarding work scheduling, significantly undercut worker satisfaction as well as their effort and commitment to the job.

This is consistent with recent findings by Moen, Kelly and colleagues that reveal how interventions that reduce scheduling constraints have a concrete impact, for the better, on workers’ stress and satisfaction levels.

Even more notable than rule or procedural effects, however, is our finding that good social relations with coworkers and immediate supervisors matter most, and in non-contradictory ways, for satisfaction and effort/commitment to the organization.

Notably, our finding in this regard upends the assumption that it is merely pay or workplace structures that are most consequential for workers. These results and conclusions hold for both high and low status workers and for men and women (albeit with some variations in effect magnitudes).

Exactly why good social relations at work matter so much compared to procedural rules and even pay and job security is an important sociological question. This is worthy of much more attention and further analyses.

It may be the case, as research on social justice tend to suggest, that perceptions of satisfaction, fairness and justice are ultimately forged, or at least, they are interpreted, through the lens of social interaction—i.e., interaction with and treatment by those that are in proximity to us.

Still, as others have suggested, the dignity one derives from work, even in the face of sometimes lower returns, demanding tasks and insecurity, is ultimately relational, deeply impactful relative to one’s sense of self, and is always embedded within a particular cultural and interactional milieu.

For those fortunate enough, good relations with coworkers and supervisors elevates sense of worth, pride, dignity and commitment. All of this, as our findings show, are tremendously impactful and beneficial for workers and employers.

The challenge for contemporary workers, of course, is to find employment in such an environment and with at least some stability and opportunity along with decent financial returns.

For employers, in contrast, the core task should lie in finding ways to forge better and more nurturing relational environments. This undoubtedly poses a challenge, especially in the face of contemporary and simultaneous diversity and integration aims and “bottom line” productivity and profitability pressures.

We have no doubt that finding such a balance may sometimes be difficult. It is, though, both incredibly important and hardly impossible.

Indeed, along with bolstering the well-being of workers, forging positive, nurturing social relations within the workplace context is also ultimately in the interest of employers and the stability and functionality of their workplaces.

Vincent Roscigno is Distinguished Professor of Arts & Sciences in Sociology at Ohio State.

Dr. Carsten Sauer is a researcher from the Department of Sociology at Bielefeld University.

Peter Valet is an Assistant Professor (“Akademischer Rat”) at the University of Bamberg in Germany.

Savvy men and shopaholic women: How media divides us

What to expect when you and your job get outsourced