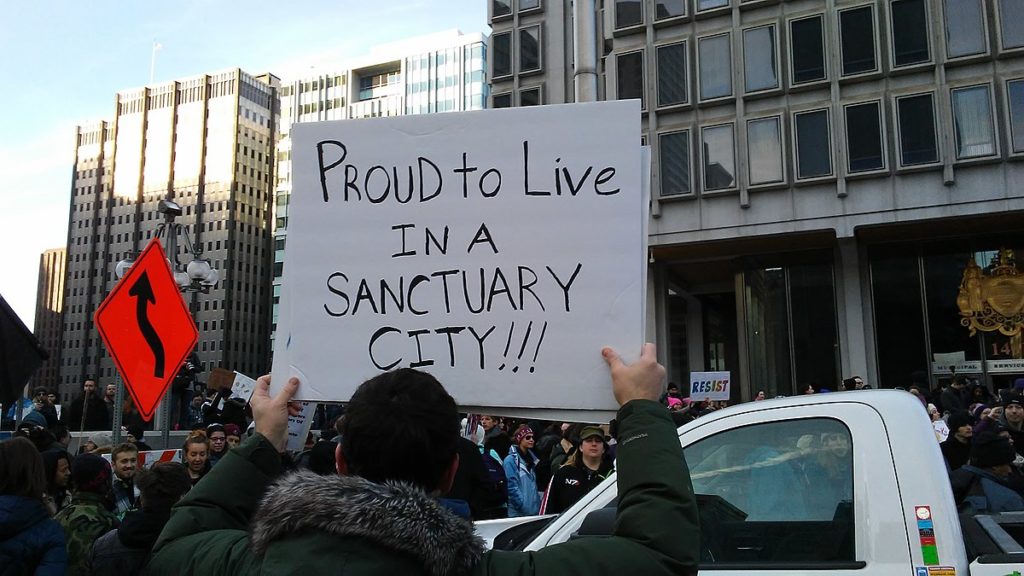 Much of the existing literature on sanctuary policies comes from legal scholars and social scientists. These studies tend to focus on the conceptual definitions of such policies, how they operate in practice, and debates regarding the constitutionality of sanctuary ordinances.

To our surprise, empirical research on the topic of sanctuary cities and crime is relatively sparse. And while there is a substantial body of research finding a negative relationship between immigrants and crime, less work has focused on specific immigrant groups such as unauthorized Mexican immigrants.

The term sanctuary has led to much confusion among the public. This is perhaps because there is no official, federal definition of what constitutes a sanctuary. Rather, this is a colloquial term used to describe policies that limit the cooperation of local officials with federal authorities in the enforcement of immigration law.

A series of federal policy changes in the 1990s led to the increased involvement of local authorities in enforcement of immigration law. In response to these policies, as well as programs such as Secure Communities, several local jurisdictions throughout the country began adopting policies to limit the cooperation between local and federal authorities. These policies, which take a variety of forms, are often referred to as sanctuary policies.

But some scholars have argued that the term sanctuary is actually a misnomer. Immigration law is a federal matter; therefore, federal agents can enforce immigration law throughout the country—including in so-called sanctuary jurisdictions. Furthermore, most sanctuary cities do in fact cooperate with federal immigration agents when noncitizens have committed serious or felonious offenses.

Does the implementation of a sanctuary policy at the city level increase crime?

These findings come from statistical analyses based on publically available demographic and crime data for 107 U.S. cities with populations of 100,000 or greater. The findings from our study are consistent with those from prior studies in that there is no positive association between the implementation of sanctuary policies and violent crime.

There is a well-established literature of research assessing the relationship between immigrants, immigration, and crime. The overwhelming consensus among these studies is that immigrants and immigration are not associated with higher rates of crime. In fact, in some cities, immigrants may actually revitalize dilapidated neighborhoods thereby decreasing crime rates.

What does this all mean?

Although there are relatively few studies examining the relationship between limited cooperation policies and crime, one thing is clear: there is no evidence that adopting such policies at the city level leads to an increase in violent crime.

We contend that immigration policy should be informed by empirical evidence; not shaped by moral panics or isolated incidents of violence committed by noncitizens.

What the public thinks about denial of service to same-sex