Elite men and inequality in the hedge fund industry 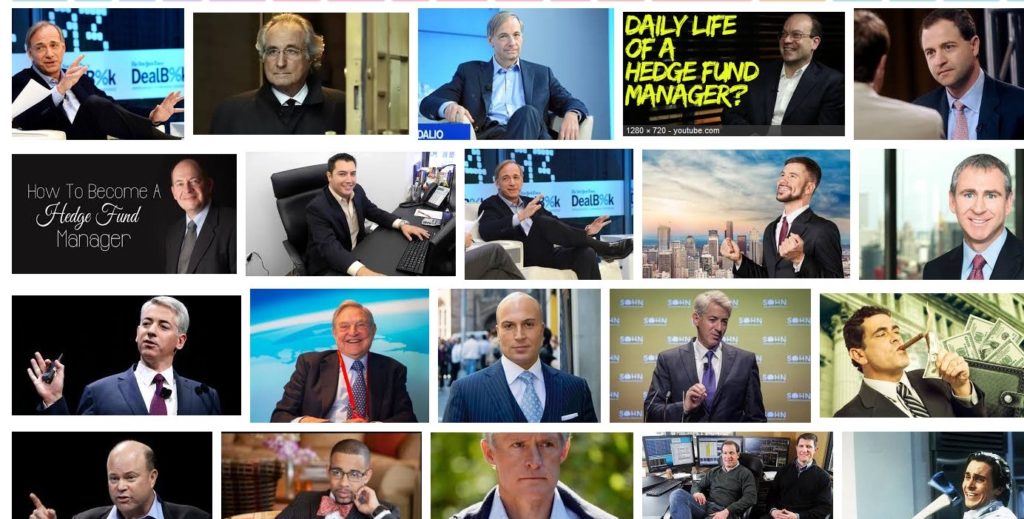 “I’m sorry, but so and so’s brother needed to get hired. Shit happens,” Karen recounted, with resignation, a time her boss denied her a promotion.

Karen is a white woman who works at a hedge fund, a private financial firm. She continued, “When there’s big money, greed, power, people protect their own. And sometimes it’s the guy in the parish, the guy in the corner [office], the guy in the whatever.”

Indeed, I find that gender and racial inequality provide a key to explaining why hedge funds drive the divide between the rich and the rest. Since 1980, U.S. income inequality has skyrocketed, in part due to mushrooming pay in financial services. Hedge fund managers are well represented among the “1 percent” with average pay of $2.4 million. Even entry-level positions earn on average $372,000. ($390,000 is the threshold for the top 1 percent of families.)

Yet, the “winners” of widening inequality—at hedge funds and among top earners overall—are mostly white men. Why is this lucrative industry a bastion of white-male power and privilege?

From 2013 until 2017, I interviewed and observed people who worked at hedge funds. I find the answers lie in a system of patronage organizing the industry. In a recent article, I show how patronage allows a select group of men to groom and transfer capital to one another.

In the 1900s, Max Weber defined a patrimonial system of authority as based on trust, loyalty, and tradition. He observed as a new capitalist elite replaced patriarchal monarchies during the Industrial Revolution. Weber predicted that bureaucracy would replace patrimonialism as the organizing fabric of capitalism.

Julia Adams later specified how a patrimonial leader rules “paternally” as a symbolic father. This patriarchal system legitimizes the monopoly of power and resources among men.

Does patronage exist on Wall Street today? I find that patronage entrenches inequality at hedge funds. Men identify, groom, and seed future generations of financial elites—usually other men. Gender, race, and class status shape whom they deem to be trustworthy and loyal.

The terms “chiefs” and “kings” are both gendered and racialized, connoting dominant categories of race, ethnicity, and nationality. Insiders referred to firms as tribes or fraternities, implying racial homogeneity.

I first met Jay, a Hispanic man in his 30s, at an industry social hour. Jay stood out in a room brimming with white men’s faces. Younger men of color surrounded him. As we all mingled, he stopped to introduce them to important contacts.

Later, I asked Jay how he trained to work at hedge funds. He said:

Jay recognized family-like mentorship as the way to gain the know-how of the industry.

“As you get older, wiser, more experienced, you seek somebody who reminds you of you, who has that same ambition, that same passion, that same drive.” Jay said, “And you teach them all that you know.”

I realized the younger men I observed with Jay were his mentees. When I asked, he said, “Yes!”

“How did you build these relationships?” I asked.

“As you start climbing the totem pole, if you will, you start looking for people like yourself.” Jay said, “It’s this organic process whereby you see people that have the same mentality, the same passion. It’s very tough to explain from a data perspective; quantitatively, how do you quantify that? You just see it. You kind of feel it. It’s organic.”

Jay took the tradition for granted: It felt natural. The tradition makes the patrimonial system invisible to its members.

At events, I observed networks segregated along gender, racial, ethnic, and national lines. As men of color, Jay and his mentees highlight the underlying structure of the industry. They counter the norm for white, male-dominated networks, making whiteness and masculinity more visible.

Jay said, “People always try to place me.” His ethnicity was a focal point of his professional interactions. Race is a primary status marker informing how people form relationships and networks.

Relationships based on “familiarity” build the loyalty and trust underpinning the patrimonial structure. This often prevents women and minority men from accessing opportunities and rewards.

And the stakes are high. When an investor selects a mentor to groom, he or she may transfer large sums of money. Julian Robertson of Tiger Management started a family of firms called his “Tiger Cubs” and “Grand Cubs.” The Tiger lineage has over $250 billion in total assets.

This patrimonial system of white male privilege is not only self-sustaining. It speeds up over time, as the beneficiaries concentrate their power and resources by investing in protégés.

Patrimonialism has widespread impacts that extend beyond Wall Street and into Washington. First, hedge funds have collapsed markets and currencies. George Soros “broke the Bank of England” by short-selling the British pound. The Hollywood hit “The Big Short” exposed how hedge funds profited from the greatest stock market crash in recent history.

The theory of patrimonialism provides deeper insight into how elite men protect their interests. This has alarming implications. Several people I met said these networks lead to information sharing and may veer into illegal practices. One even claimed that “illegality is rampant,” citing insider trading.

Patrimonialism warrants closer examination. Elite networks—whether in finance, technology, or government—impact public policy and generate systemic inequality on a broad scale. We need to better understand what can be done to change this system of inequality, and what is at stake if we don’t.

Megan Tobias Neely is assistant professor of organization at Copenhagen Business School. Her research examines rising economic inequality through the lens of gender, race, and class.

The criminal justice system as an engine for downward socioeconomic mobility