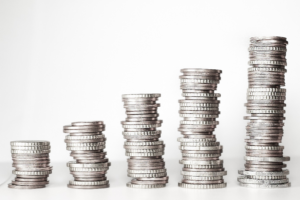 A great body of work shows that people like to see rewards in the work setting distributed proportionally to relevant contributions, such as performance. This study tests two possible explanations of the widespread discontent toward executive pay: one possibility is that CEOs are seen as not contributing proportionally to their pay. Alternatively, such high pay itself may be objectionable.

If discontent is due to the perception that CEO pay is not proportionate to the their contribution, then we might see discontent diminished if people were convinced that CEOs contributed highly enough.  On the other hand, if the pay level itself is objectionable, then, even if people thought CEOs were highly contributing, they’d still be perceived as overpaid.

The experiment in this study examines whether fair pay for a fictitious CEO increases proportionally to the company’s changing performance.

Data for this study come from the Performance and Fair CEO Pay Study which is a survey experiment conducted in partnership with YouGov in 2013 with 989 respondents from across the United States. The survey measures respondents’ pay preferences for a fictitious CEO of a fictitious company, as the company’s performance goes from large losses to large profits. Each respondent is asked to react to seven levels of performance.

There’s one more piece to the experiment.

If people receive information that the average CEO is paid $5 million, we might expect them to gravitate toward this amount. This phenomenon called anchoring has been documented time and again in previous work.

How do participants’ perceptions of fair pay vary across the seven different levels of company performance and across each of these four reported levels of average CEO pay in the industry?

Respondents therefore also seem to hold their own beliefs about fair CEO pay.

How does fair pay vary with performance after those adjustments are made?

On average, fair pay rises linearly with performance. This finding indicates a strong commitment to the rule of proportionality of rewards and contributions, even at these high levels of pay.

However, responses also suggest that participants don’t think pay should rise as steeply with performance as it does in the real world. For example, for the group that is told that the average CEO is paid $5 million, median fair pay increases from $500,000 to $2 million as we go from large losses to large gains, never reaching the average pay suggested in the vignette.

Altogether the findings suggest a possibility to reconcile the widespread opposition to high CEO pay with the also widespread support for pay-for-performance. There might be a socially acceptable rate at which people, on average, believe pay should increase with performance. As one anonymous reviewer of my study nicely suggested, we might call this a social slope. This finding is especially of interest because most discussion of actual executive compensation is focused on how to tighten the connection between pay and performance.

The study also shows evidence that some predispositions, such as a belief in a free market ideology, have significant effects on these attitudes. Further examination of such predispositions is important, especially in understanding group differences in attitudes, and should be part of the future research agenda.