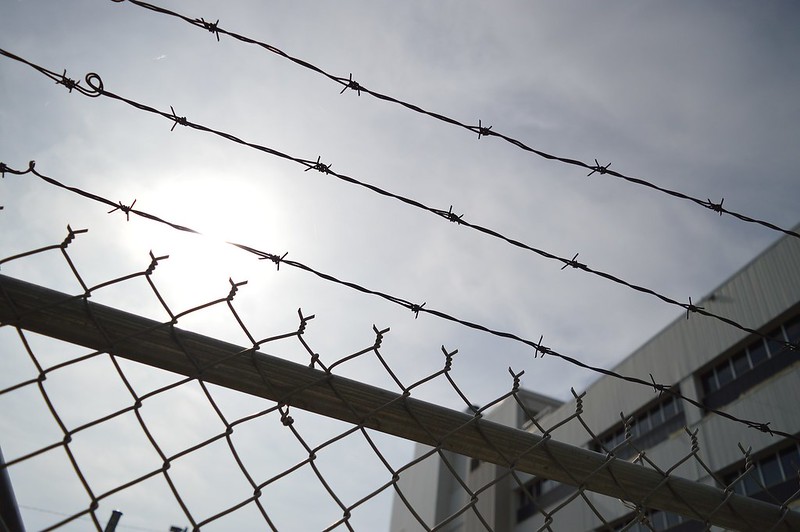 This summer we have seen what could be considered one of the largest prison strikes in US history, where prisoners are undertaking nineteen days of peaceful protest.

Some of the demands that underpin these protests are the need for improved prison conditions and greater funding in rehabilitation. But at the heart of this protest is a demonstration against imposed prison labour and the disturbingly low wages that accompany such work. This approach to prison work, an approach where profit is becoming more prevalent and private organisations are becoming more and more involved in the prison system, is not isolated to the US.

The research discussed here is based on a study conducted in the UK and is particularly pertinent in helping us to understand the reasoning behind the strikes and the feelings and experiences of those prisoners protesting.
Employment has been singled out as an important factor in reducing reoffending.

It is no surprise then, that as part of the UK Government’s ‘rehabilitative revolution’, a focus on work inside prison has been embraced. However, the rehabilitative potential of prison labour is dependent on its design. Given that it is situated within an institution that is in a constant state of conflict between punishment, rehabilitation and increasingly profit, its status is contested. Our research explores how prisoners experience their prison labour, specifically, that done for private firms inside the prison system.

We spent ten months conducting anthropological-style research in an all-male category B/C private prison in the UK to study prisoners’ attitudes towards doing work for private companies and to explore their responses to such work.

One of the research aims was to evaluate whether it held meaningful potential as an effective rehabilitative tool. Based on forty interviews with prisoners, ten months of observation, as well as several unstructured interviews with workshop instructors and prison work contractors, the following key findings emerged:

Most prisoners saw prison work as little more than a coping strategy to manage life in prison.

Around half of the prisoners in the study stated that their main motivation for entering the workshop was to help ‘pass time’.

I just want to get out of my cell, that’s the only thing I’m doing it for … otherwise you’d end
up going nuts … on your own all day or with your [cell] mate … it’s easier to get out and work. (Kane, aged 22)

Others named the opportunity to socialise and the chance of finding a sense of normality as reasons for conducting private prison work. Several also commented that prison work was effectively compulsory as refusal to work could lead to sanctions.

Such workers were typically undertaking mundane repetitive tasks such as packing books, electricals and plumbing components. However, prisoners working in waste management, where they had relatively more autonomy, developed some skills and saw realistic prospects of employment post-release, responded well to their in-prison work. They identified the industry they were in, recycling, as a growing sector outside of prison:

I like it actually, it’s given me a bit of an incentive that I can go out there and get a job in recycling. Yeah, that’s where the money is. There’s not many jobs out there now, and this recycling thing, it’s a big business so I’m hoping I can go into it. (Lewis, aged 48)

Such prisoners were in the minority and the majority of prisoners conducting prison work for the private sector were pessimistic of its potential to help them obtain employment after prison; they found it boring, monotonous and void of any skill, saying, for example,

This is like kids’ work. It doesn’t really give you any knowledge and experience for going outside to get a job … you can do factory work [in here] and … you’ll just be packing bags, tagging boxes, checking things … that is nothing … The people in our workshop, we don’t learn anything, we just do basic work that even a two-year-old could do … put a sticker on something, put it in a box, then put it in a bigger box and send it out … that’s nothing … I wish I was doing something to gain more skill (Bobby, aged 48)

So, what does this tell us about the rehabilitative potential of private prison labour in British prisons today?

Much of the academic and policy literature tells us that for rehabilitation to be successful, prisoners need to have self efficacy and a positive perception of their own abilities. They need concrete experiences that help them to imagine an alternative life after prison, one different from the life that led them to prison in the first place.

Thus, the meaning prisoners attach to their prison work has implications for their successful reintegration into society. If it fails to provide a vision of new, realistic possibilities, it may only serve to reinforce prisoners’ pre-existing negative experiences and attitudes towards work. In Captives in Cycles of Invisibility, it is possible to see an example of just how this plays out in the prison setting.

Although the prison work in this study was for ‘real employers’ it consisted of work that had little relevance for inspiring change in prisoners undertaking it, being the type of devalued work that is increasingly seen in the informalised, casualised and invisible labour market.

What does this signify for the rehabilitation of prisoners and the labour market generally?

So, based on the rehabilitation literature, we can argue that our research demonstrates the work these prisoners conducted was not rehabilitative and this has implications for the legal status of prison work, as its rehabilitative status is all that separates it from the definition of forced labour.

Essentially, prisoners’ work is required to support rehabilitation and job training rather than generating surplus value for the prison they are incarcerated in (and/or the companies that subcontract their labour to the institution).

As such the work they conduct is considered ‘non-economic’ and is not formally recognised as ‘work’ by the UK government, meaning that when conducting prison labour, prisoners have none of the rights afforded to employees and workers, such as rights to minimum wages or pensions and, as mentioned, they can face sanctions for refusal to work.

Its non-economic legal status is based on its rehabilitative potential, begging the question of what happens if rehabilitation is not designed into the work? Surely, this calls into questions its status?

When rehabilitation is not realised in prison work, it instead performs a particularly exploitative role, arguably reinforcing prisoners’ negative attitudes towards work that is of very low skill and offers extremely poor prospects in the world outside prison.

Such work has been characterised as ‘invisible’ in the wider labour market, by reason of multiple factors, including its low status, low level of rewards and the attendant exclusion of the people who undertake it from the value and status accruing to those identified by society as ‘workers’.

An opportunity for “visibility”

Failing to take the opportunity to design rehabilitative activities into private prison work risks perpetuating prisoners toxic cycle of illegal activity and entrapping them in different forms of ‘invisibility’.

It is evident from the data that the majority of the prison population enter prison from the margins of society. If prison-work gives them little preparation for meaningful prospects of better work post-release, then it is likely that they will be unable to envisage an escape from a continuing cycle of poverty, exploitation and invisibility through legal, paid employment.

This finding has wider relevance for the quality of work in the wider labour market, where employment is increasingly informalised and those consigned to low paid, low skilled and invisible forms of work have little prospect of freeing themselves from the constraints this imposes on their lives, be that inside or outside the walls of a prison.

Jenna Pandeli is a Senior Lecturer in Organisation Studies at Bristol Business School.

Jean Jenkins is a Reader in Employment Relations at Cardiff Business School.