Panel – Reflections on “Roma” from researchers who study domestic work

The film Roma, written and directed by Academy Award winner Alfonso Cuarón and chronicling a year in the life of a domestic worker and the family that employs her, was released in theaters and on Netflix in 2018. On the heels of several recent award wins (Golden Globe for Best Picture and Best Director; BAFTA for Best Film and Best Director; Directors Guild of America for Best Director), Roma is among the favorites to win big at the Oscars this month.

In addition to the critics’ adulation, Roma has inspired conversations among the public and has been strategically used by domestic worker organizations to heighten their visibility. But the voices of researchers who study domestic work in Latin America have been missing from these conversations.

As the founder and coordinator of a research network, RITHAL (Red de Investigaciones sobre el Trabajo del Hogar an América Latina – Network of Research on Domestic Work in Latin Amerca), I feel strongly that we can make valuable contributions to public discussions of the film.

Taboo affects and impossible motherhoods in an unequal Mexico

Getting to see the film Roma on the big screen, before it was released on Netflix, was truly an odyssey. In Monterrey, Mexico, where I live, I had to buy a ticket a week in advance.

Monterrey is home to a prominent and privileged population, who usually contract live-in domestic workers from indigenous communities, like Cleo in the film. This was the site of the ethnographic research for my book Yo trabajo en casa, published in 2017, which discusses the naturalizing of gender, class, and racial inequalities in this stigmatized occupation.

It was worth the wait: the film is beautiful and the cinematography extraordinary. The story of Cleo and a bourgeois family that lives in the Roma neighborhood of Mexico City, during the presidency of Echeverría (1970-1976), is narrated from the point of view of the family’s youngest child. In the final scene, this little one sleeps in Cleo’s lap, while his sister leans on the shoulder of the worker, who just saved her from drowning in the sea.

Romanticizing “Roma”: For whom and for what?

As people who have historically occupied second-class status, domestic workers execute their jobs in private homes where the power — and their position — is utterly in the hands of their employers.  So, much like the battle for gender equality, the real change must start inside the homes where domestic workers perform their duties, where the day-to-day occurs.

Change won’t happen until the terms of the relationship becomes one between equals — until the one who has been inferiorized can speak with a powerful voice; be heard in her terms; narrate in equal measure.  Until then, it is the boss’s voice telling the story of the one who is bossed.

That is how I feel about Alfonso Cuarón’s critically acclaimed “Roma.”

The limits of fictitious kinship: “Roma” reveals the need to recognize domestic workers’ own care rights

“We don’t want to be adopted by our employers. We simply want our rights.” This was one of the statements made by Mexican domestic workers’ rights activist and union leader Marcelina Bautista, following the release of Alfonso Cuarón’s Roma.

Through its portrayal of the inner life of a 1970s middle class Mexican household, Roma provides an intimate view of the construction of a prevalent myth: that paid domestic workers, and live-in domestic workers in particular, are “like part of the family” to their employers.

The struggles of main character Cleo (Yalitza Aparicio) to meet her needs to both give and receive care as a live-in domestic worker confirm what scholars refer to as the “fictitious”  or “imaginary” nature of these kinship structures. Her pregnancy introduces an element of unpaid reproductive labor that does not serve her employers’ interests.

No Love in “Roma”: Maids’ Representation as a Language of Class

Expectations were piling up around Mexican film director Alfonso Cuarón’s film Roma even before its release last December. Its reception immediately highlighted the many attributes of the film elevating it as a masterpiece of Mexican cinema.

A recent dossier on the website Mediatico with contributions from academics specialized in Mexican cinema leaves no doubts about the aesthetic attributes of the film. The black-and-white images, the large format framing, and the neorealist look make the character and story of Cleo, a live-in maid based on Cuarón’s own childhood nanny Libo, resonate emotionally with the audience in a unique way.

However, it might not be the film itself that needs closer attention, but rather its quick positive reception, a kind of urgency for approval that might be more related to a cultural industry that transcends national borders, and social class anxiety anchored in ethnic/gender/race identities. The film seems to respond to these anxieties, offering a visual and emotional soothing.

Even though a vast majority of all households in wealthy countries have two wage-earners, women on average work fewer hours and at lower wages than their partners. This is commonly attributed to the fact that women perform most of the routine housework. For instance, Swedish women spend approximately 15 hours per week on domestic work compared to 10 hours for men – a moderate gender gap compared to many other European countries.

When women decrease time in domestic work, their time in paid work is generally thought to increase. This may happen, for example, with increased access to child care, increased supply of low-skilled workers which makes it cheaper to hire domestic help, or technological improvements in household appliances.

However, we don’t have detailed information about exactly how much more women work for pay when these kinds of changes occur.

Women on executive boards and in other top level leadership positions are still uncommon throughout the world. Germany is no exception: by the end of June 2017, only 47 out of 677 executive board members in the German stock-listed DAX, MDAX, SDAX, and TecDAX companies were female. There is a strong rationale for changing this status quo. In addition to moral motives to include women, we have compelling evidence of the  bottom line benefits that result from having more women in leadership positions. However, in top management teams across companies and in boards of companies where no quota applies, the progress is slow. We argue that women’s underrepresentation indicates the persistent existence of the leadership labyrinth – a metaphor for the numerous challenges faced by women in their careers. Being continually confronted with challenging twists and turns requires women to work extra hard and persist in the face of difficulties on their route to success.

Studies have shown that engagement in networking is crucial for career success as it facilitates access to critical career-building resources such as advice, technical knowledge, strategic insight or emotional support. However, research has also revealed that women’s professional networks are often less powerful and effective than men’s in terms of exchanged benefits. Also the presumably distinct motivations that underlie the networking behaviors of men and women remain less well understood. With our research, we provide new insights into the discussion on women, leadership and career development, with a specific focus on networking. With such insights we contribute to greater transparency in the leadership labyrinth with ineffective networks being one detrimental hurdle for women.

Feminism at Work: A Perspective from Management and Organization Studies

Feminism provides a vital but surprisingly marginalised resource for researchers interested in the sociology of work, organizations, and management. We have come to this conclusion in part through our experiences of conducting feminist research on workplaces, and in part through guest editing a newly published special issue of the journal Human Relations that focuses on feminist analysis of social relations in organizations.

In addition to theoretical insights that enable us to make sense of, and challenge, gendered inequality, discrimination, violence, and oppression, feminism, in all its diverse forms, provokes thought on how to challenge and change all exploitative social formations. As Jacqueline Rose recently suggested in Women in Dark Times, feminism asks unique questions as a way of ‘seeing through what is already crazy about the world, notably the cruelty and injustice’ (Rose, 2014: x) of everyday lives. As Amanda Sinclair has also made clear in her recent embodied feminist memoir of an academic working life which concludes the Special Issue, feminism can also provide unique ways of responding to those questions, both theoretically and methodologically.

We find this marginality in our field of organization studies puzzling.

How artisans set prices for products that are labors of love 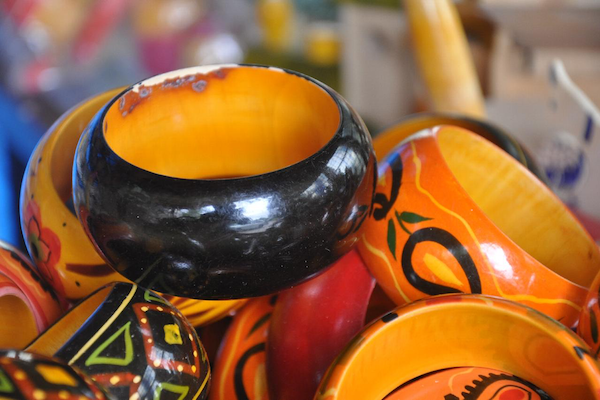 “You get that satisfaction when you see your product transform from the raw wood to the final shape, like them taking the first footsteps, then getting shapes, then making their initial forays into the market, and finally, you have to sell them. It’s like holding their hands through this whole process and then giving them away.” – Artisan in Channapatna

In a recent study, I investigated how wood and lacquerware artisans set their prices in an isolated handicraft town in southern India called Channapatna. I conducted eight months of ethnographic fieldwork and an audit study where trained buyers were sent to purchase a standardized product.

I found that artisans offered certain buyers significant discounts (up to 50%) for their products. These discounts were puzzlingly offered to precisely those buyers who were willing to pay more for the products, such as foreigners.

How to not sell out

How do you leverage new growth opportunities?

But this growth strategy comes with potential pitfalls. New audiences often have demands that can be very different to those of existing markets. Organisations entering new spaces run the risk of neglecting mainstream business. The capabilities needed to address a new market are often not those needed to maintain the flow and quality of products and services to existing customers and stakeholders.

How can organisations manage this kind of audience diversification so that everyone comes out of it better off? How can they balance who they already are – or are perceived to be – and what they already do, with the goals, objectives and modus operandi of their new audience